Cosmic Tales
A storyteller for the stars 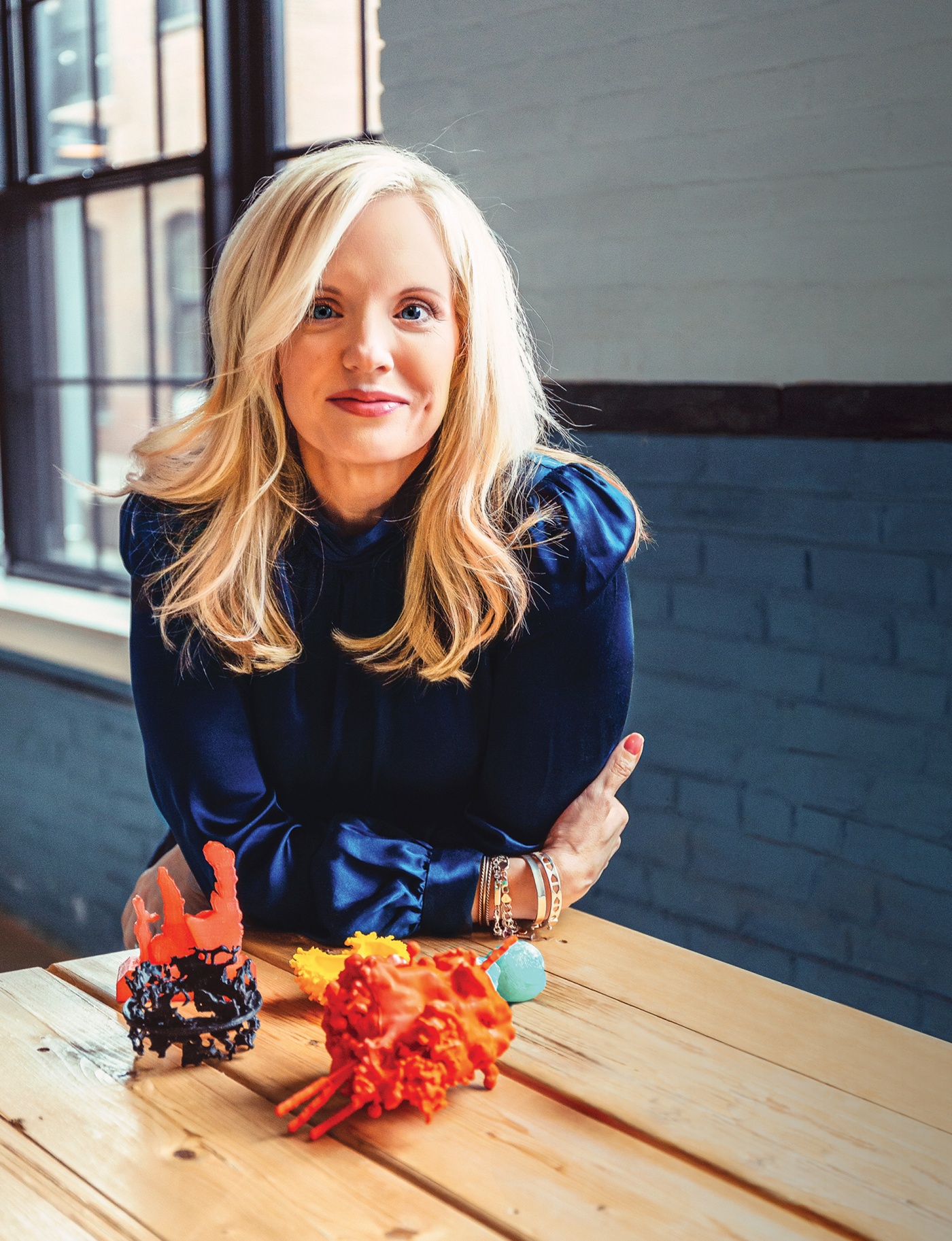 Growing up, Kimberly Kowal Arcand ’14 AM wanted to be an astronaut. Her favorite toy: a mini-planetarium that projected the night sky onto her bedroom ceiling. “You could see constellations according to seasons and time of year,” she recalls. “The universe seemed so big and exciting.”

Arcand didn’t blast off in a rocket ship, but for the past two decades she’s been exploring the cosmos as the Visualization and Emerging Tech Lead for NASA’s Chandra X-ray Observatory, based in Cambridge, Mass., and considered one of the space agency’s premiere telescopes. Describing herself as a “science storyteller,” Arcand tries to explain new discoveries in formats that anyone can understand, like an image of an eruption from a black hole, a book about the universe, or an augmented reality platform that lets you observe a star up close.

Arcand was behind the first 3D print of an exploded star, a palm-sized model that she displayed in a popular 2016 TEDx talk. Versions of these 3D models were included in a “Touchable Universe in a Box” that allows blind and visually impaired to explore space. Collaborating with Brown’s Center for Computation and Visualization, she produced a virtual reality program that makes it possible to experience being inside a supernova. In 2009 Arcand helped launch a worldwide exhibit that displayed stunning images of planets, comets, and stars in more than 1,000 nontraditional venues like bus stations, airports, and parks. “It was one of the biggest surprises of my life—that a fun idea we had would be so welcomed and seen by so many,” she says.

Arcand joined Chandra in 1998, after studying molecular biology at the University of Rhode Island, where she also taught computer science and worked on public health programs to combat Lyme disease. She later received a master’s degree from Brown in Public Humanities and recently completed her doctorate from the University of Otago in New Zealand. Along the way, she’s won awards from NASA and the Smithsonian and was selected as a “changemaker” for the White House United State of Women Summit in 2016.

Arcand has given talks about her job to everyone from schoolkids to the U.N. and has co-authored five nonfiction books about space. Her first two children’s books came out this year, including Goodnight Exomoon, a science parody that immediately sold out. Arcand hopes her efforts will encourage more young girls to pursue STEM careers. “If I can inspire even a handful to see themselves in the kind of work that I do, or to explore something bigger for themselves, then I’ll be a happy person,” she says.