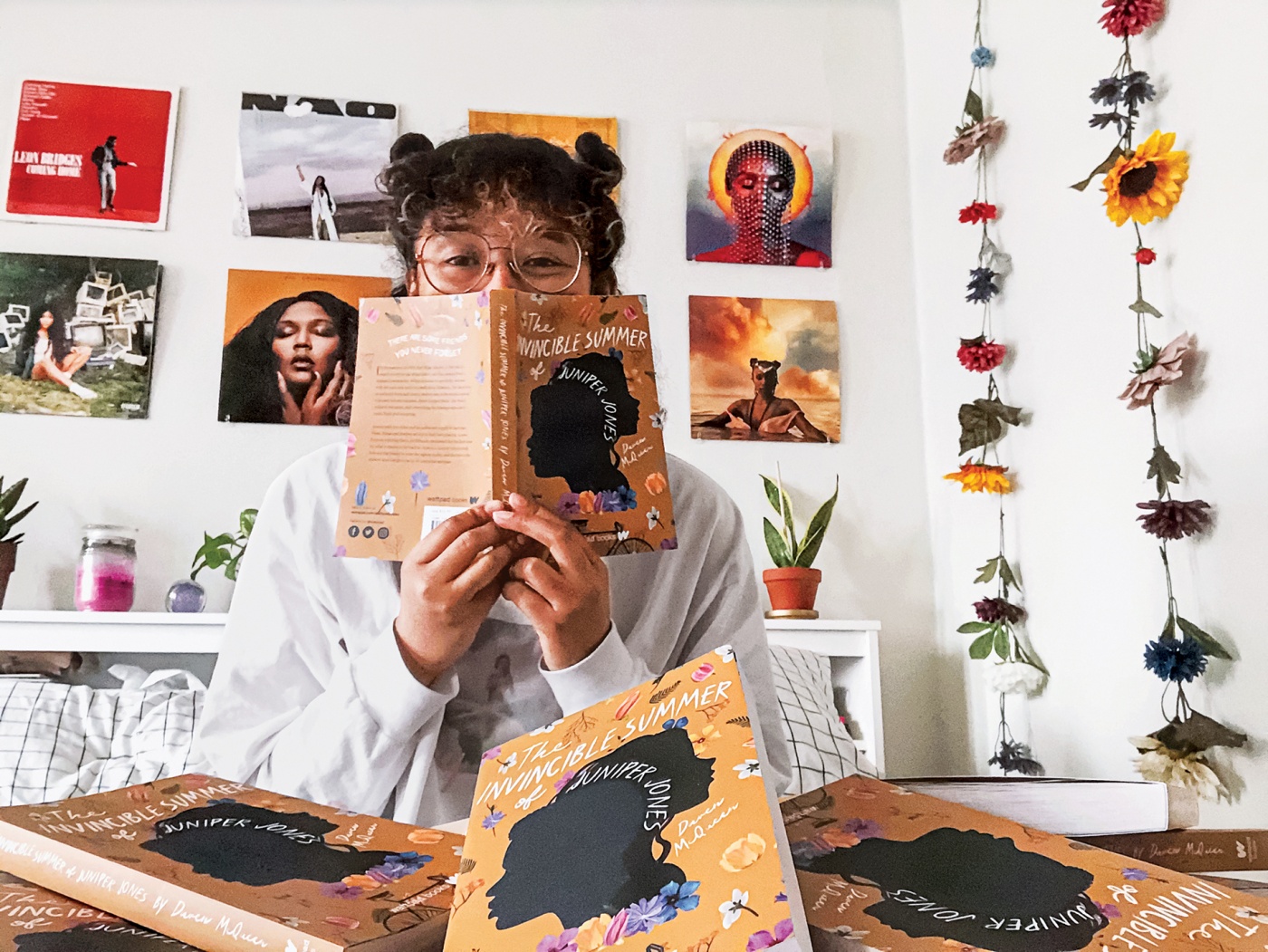 When her phone rang a few months before graduating from Brown, Daven McQueen ’19 never guessed she would be receiving an offer to publish a book she’d written four years before.

McQueen wrote most of The Invincible Summer of Juniper Jones during her senior year of high school for November’s National Novel Writing Month. The story, set in the fifties, follows Ethan—the son of a Black woman and a white man—who is sent away from the relative racial tolerance of his home in Washington state for a summer with white relatives in the fictional small town of Ellison, Alabama. Overwhelmed with the explicit racism of Ellison, Ethan finds a welcome respite in Juniper Jones, the girl with “forest-fire hair and hurricane eyes” who, McQueen writes, was “in equal parts a gift and a natural disaster.” Together, the two navigate the community as outsiders, while Ethan deepens his understanding of his biracial identity.

The novel originally took life online, through the free publishing site Wattpad, a digital platform for writers to share their work. McQueen first started writing fiction in middle school and Superior, a sci-fi novel she wrote and posted on Wattpad in ninth grade, has since received upwards of a million views. Invincible Summer has fared equally well, with more than 600,000 “reads”—a natural choice for Wattpad to produce in its new publishing branch. It landed in bookstores across the country in June.

Like many writers, McQueen hates revisiting past work, but says that the process of revising Invincible Summer helped her learn to be more compassionate with her old words. And after four years at Brown—where she studied literary arts and economics—she felt ready to write about race in America. The daughter of a Jamaican father and a Filipina mother raised in a suburb of Los Angeles, McQueen found that much of Ethan’s internal transformation came from her own experience learning to appreciate the complications and richness of her identity.

“I felt more equipped to write something honest and true, and since I had done a lot of self-reflection I felt better prepared to bring in my own experiences authentically,” McQueen says.

For instance, when Ethan travels to Montgomery to visit his somewhat estranged mother, they have an intimate conversation about Blackness and anger. Although McQueen had once tried to suppress her anger, she came to believe that it is “not reductive to be angry about injustice” and decided to shift the tone of the conversation to honor Ethan’s anger about living in a racist society.

Writing mainly for young adults, McQueen believes it is important to present experiences like Ethan’s—a biracial coming-of-age story tied to an endless summer. As she writes in the novel’s dedication: “To my younger self and all the kids like her, wishing for books they could see themselves in, this is for you.”

Reader Responses to Summer of Understanding