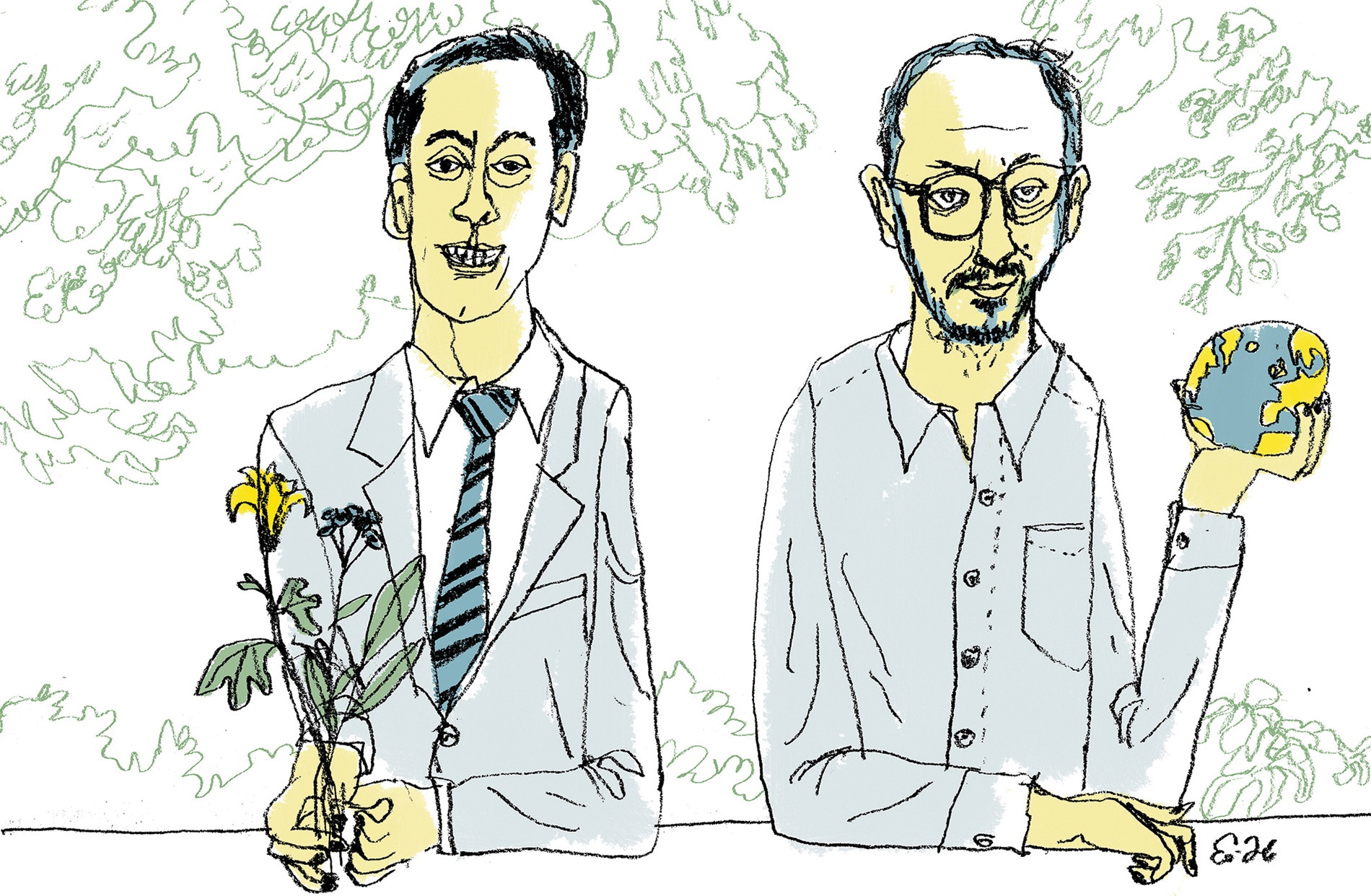 Emerald Cities
A pair of Brown alums–turned–local-officials lead the way on green energy.

When Freddie O’Connell ’00 got his first utility bill after graduating from Brown, he noticed a box to sign up for a renewable energy option. “For $4 a month, you could buy a block of green power,” he remembers. “I was like, yeah!” While that choice was a no-brainer for O’Connell, a computer engineer who had always been interested in the environment, he was disappointed more people didn’t participate. Now a city councilor for Nashville, Tennessee, O’Connell decided to do something about it—introducing a trio of bills in 2019 touted as a “Green New Deal for Nashville” to establish a 100-percent renewable energy portfolio for the city by 2041, along with an all-electric vehicle fleet by 2050, and new green building standards.

The bills, which passed unanimously, are part of a burgeoning trend by municipal legislators tired of waiting for the federal government to act on climate change. More than 600 miles away, O’Connell’s former classmate and Des Moines city councilor, Josh Mandelbaum ’01, went even further this year by proposing an ordinance committing the city to “24/7 100-percent carbon-free electricity” by 2035. While some green power plants buy renewable credits to offset power that comes from carbon-based sources, Des Moines will work with the local power company to phase out its coal plants entirely, converting to 24-hour-a-day wind energy.

“Over the last couple of decades, renewable energy has gotten cheaper more quickly and scaled faster than anyone anticipated,” says Mandelbaum, an environmental lawyer who pitched the bill (which also passed unanimously) as a win-win-win to reduce pollution, fight climate change, and cut costs over time. Mandelbaum has long been interested in public policy, running for state representative while an undergrad at Brown and later working for Iowa Governor Tom Vilsack. “You can have a lot of great ideas,” he says, “but the way to have the biggest impact is by being in office and actually writing the policies.”

O’Connell’s bills tap into Tennessee’s leadership in the solar power industry; after their passage, the mayor of Nashville committed to an investment in a new 100-megawatt solar field to fuel the metro area. “We’re developing something that will be even more robust in the long run than what I imagined,” O’Connell says. Both councilors are creating a model they hope the federal government will follow. “Federal policy still needs to be implemented on the ground locally,” says Mandelbaum. “I wanted to show that there were communities ready to partner and get these things done.”