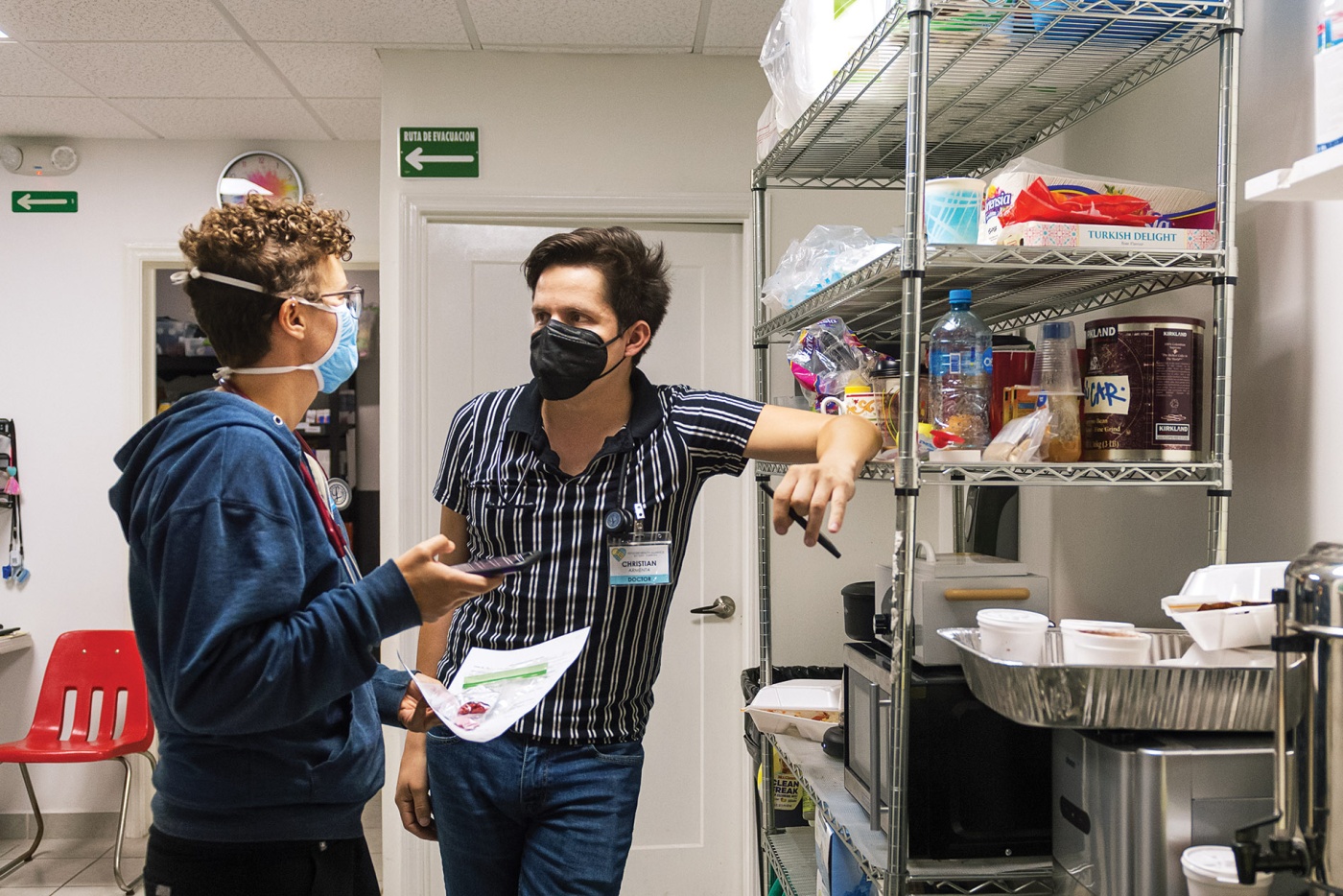 In 2018, when large caravans of people seeking asylum in the U.S. started arriving at the U.S.-Mexico border, Hannah Janeway ’15 MD was among a small group of volunteer health providers to give the newcomers emergency medicine like wound and prenatal care.

“Most of them had to wait in Tijuana for over a year” before getting a hearing, says Janeway, who uses they/them pronouns. “So we were a bunch of people doing the best we could to help them.” Those people soon coalesced into the nonprofit Refugee Health Alliance (RHA). By early 2020, with funding from family foundations and private donors, the group—whose main organizers, including Janeway, remain unpaid—had hired Mexican doctors and midwives, as well as shelter refugees, and moved into its own building.

Then COVID-19 hit. While many aid groups left, “from the very beginning, we were committed to staying open,” says Janeway, “because the main hospital in Tijuana would take only patients who were COVID-positive.” RHA built hand-washing stations out of water tanks, distributed masks and hygiene supplies throughout the shelters, and even opened a space for delivering babies.

As of fall 2021, with an average refugee and migrant population of 9,000 in Tijuana, RHA was going strong. “We’ve realized health care isn’t just Band-Aids and antibiotics,” says Janeway, “but how lack of access to things like potable water, showers, and laundry affect mental and physical health.” The nonprofit was about to open a facility with handicap-accessible showers, toilets, washing machines, and dryers.

On the larger level, RHA partners with multiple groups to advocate for humane migration policies. “We want a world where people have the right to stay, leave, and return, and where borders are no longer necessary,” says Janeway. But how, given the issue’s political volatility? “I don’t know the answer. But we have to start by talking about it, because I see the effect of these policies on real people every day.”

Janeway spends two weeks a month in Tijuana volunteering for RHA; otherwise, they’re at their paid job at White Memorial Hospital in East Los Angeles. The schedule has meant an income cut, but they’re okay with that. “I have a lot of privilege,” Janeway says, “that I want to redistribute as best I can.”