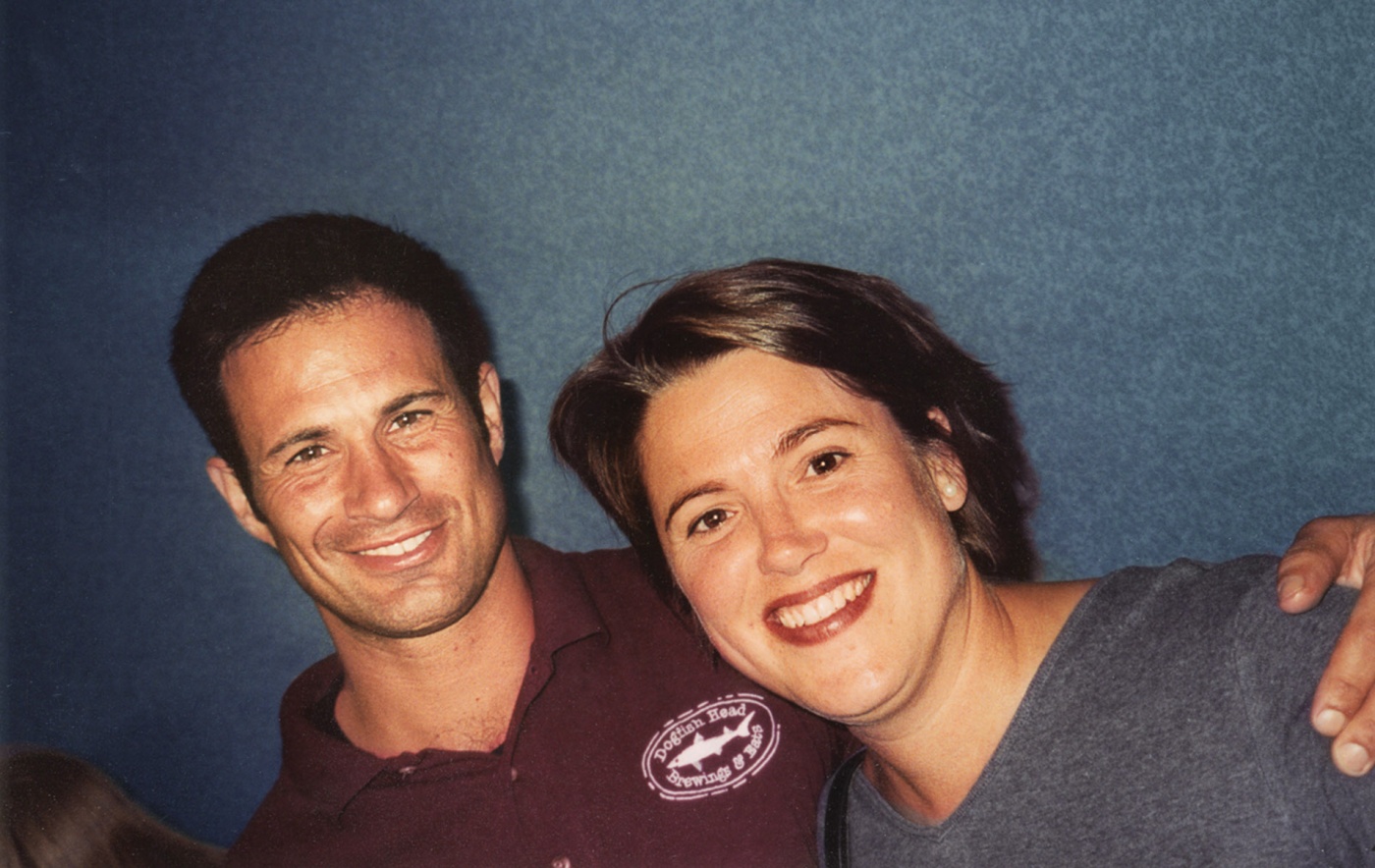 Dogfish Head Craft Brewery has a remarkable knack for staying on brand. So when Mariah Draper Calagione ’93 and her husband Sam Calagione set out to write a book celebrating a quarter century of the quirky Delaware-based beer maker—known for exotic ingredients like green raisins or prickly pear cactus—it’s not surprising that the tome didn’t emerge until the 26th anniversary, with “25” crossed out on the cover.

“It kind of fits with the brand being off-centered,” Mariah says, noting that her biggest contribution to the project—assembling the hundreds of photos that jump dramatically off the book’s 385 pages—played a big role in delaying The Dogfish Head Book: 26 Years of Off-Centered Adventures.

The snapshots help trace Dogfish Head’s long, strange trip from Sam and Mariah meeting at age 16 at a Massachusetts prep school—“I was supershy and he was supergoofy,” she writes—through Sam’s first batch of cherry-infused pale ale in his Manhattan grad-school apartment, followed by the dozens of zany brews like Verdi Verdi Good and Noble Rot that led to today’s brands that sell in more than 40 states.

Just about the only part of Mariah’s journey that gets short shrift in the book is her four years at Brown, pretty much the only lengthy time she and Sam were apart. A Delaware native, she concentrated in public policy, seeking a field where her work would be focused on getting results. Today she credits her liberal education with preparing her for the many different hurdles she faced building Dogfish Head as its longtime vice president.

“I think of myself as a generalist,” she says, adding that “I think a liberal-arts education prepares you to be powerful in the world—how to find what you need to find, and how to communicate on many different levels.” Those skills surely helped as Dogfish Head grew by leaps and bounds, adding ventures like its popular brew pub and distillery as well as a seafood restaurant in the Delaware resort town of Rehoboth Beach, and its ever-expanding brewery nearby.

In 2019, Dogfish Head merged with Boston Beer Company, giving the Calagiones considerable independence to stay in Delaware and keep brewing in their own indomitable style. For Mariah, who was already running the brewery’s charitable arm, called Beer and Benevolence, the merger has been an opportunity to expand her portfolio as social impact leader for the combined company. She said she relishes current challenges like the industry’s push for greater diversity and sustainability.

“It does harken back” to her undergrad studies in public policy, she says, although right now her closest connection to Brown is the looming graduation of her son, Sam Calagione ’22. “He’s an English major. That leaves it wide open,” she says—a path she knows all too well.