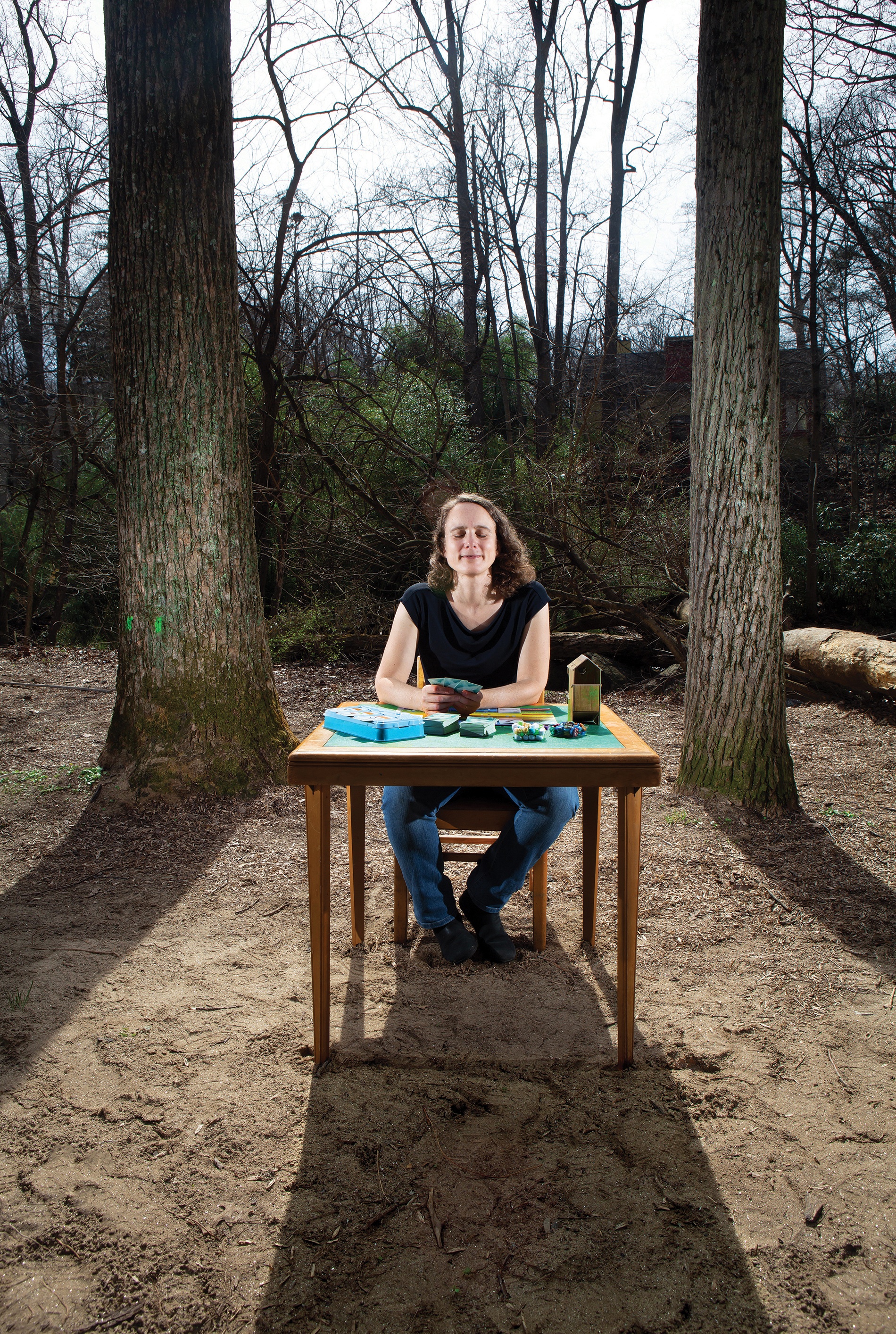 Taking Flight
A consultant and lifelong gaming fan hatches a new board game about birds.

Elizabeth Hargrave ’94 was working as a healthcare policy consultant in 2013 when her plan to make a board game about birds first grew feathers.

A lifelong gaming fan, Hargrave had nonetheless grown tired of the repetitive themes of castles and conflict generic to the industry. She wanted to make a game about less-traveled topics, something she knew she would want to play herself.

Skeptics clucked at her proposed avian concept, telling her she had no chance of securing a major game publisher with such a niche theme. But Hargrave persisted, inspired by how people seemed drawn to her game at playtesting events.

“They would see the birds on the cards and sort of look twice and come to find out what the game was about,” she says.

The final product, Wingspan, released in late 2019, quickly went through three printings in its first two months and is now on a third expansion pack set. Players try to build up birds across forest, grassland, and wetland habitats, activating rewards, gaining resources, and laying eggs along the way. 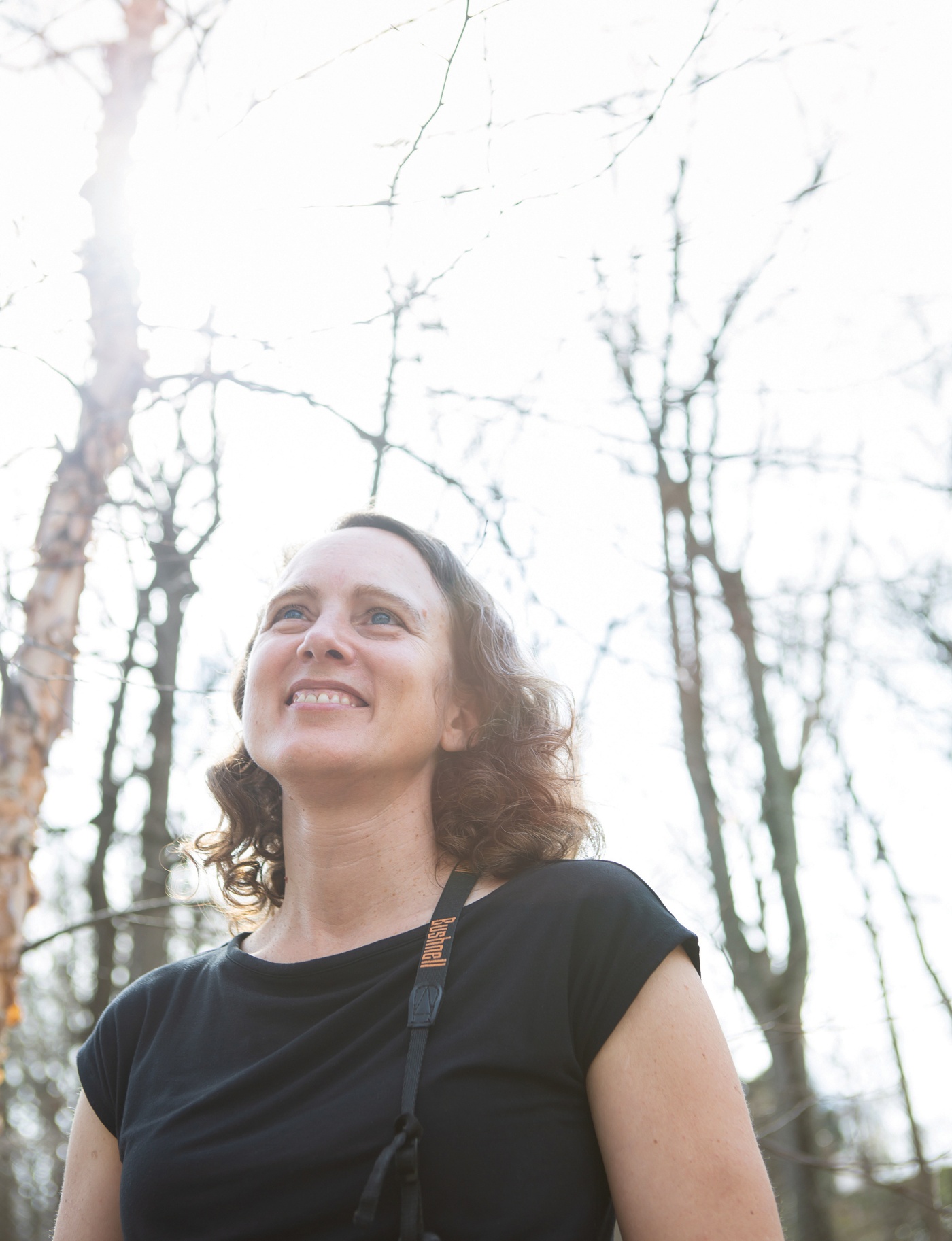 Which Bird is Best?
While devising Wingspan, Hargrave put together a complicated, scientifically vetted spreadsheet of the more than 600 North American birds. She developed an algorithm that took into account each species’ habitat, physical characteristics, and other biological data to help guide her in assigning powers and value within the game. Then she narrowed the list down to 170 birds, trying to select a diverse variety—but, she admits, occasionally falling victim to favoritism.
“I have a thing for weird beaks,” she told audiences at an NYU Game Center talk.
When appropriate, she added a relevant fact about the bird to each card to help players appreciate the distinctions between species. Her algorithm wasn’t perfect, Hargrave admits, and among connoisseurs of Wingspan there is debate over whether the raven is overpowered (or, in gamer parlance, “OP”). Hargrave defends the setup because, after all, ravens are so smart. —J.B.

The game is also known for the attention and care that went into its physical design. Beautifully illustrated cards by female artists feature a wide sample of North American birds from the great crested flycatcher to the ruby-throated hummingbird, describing the intricate lives and plumage of the exotic and the common. Oklahoma’s state bird, the scissor-tailed flycatcher, graces the cover of Wingspan’s box.

“I tried to start the design process very intentionally—what feelings am I trying to evoke?” Hargrave says. “My main goal was to make people feel this sense of wonder and connection to the birds.”

Hargrave’s curiosity propels her game designing and choice of topics, and she has subsequently released Mariposas, a well-received game on Monarch butterfly migration, and Tussie Mussie, about Victorian-era flower messaging.

With her platform, Hargrave has emerged as a vocal advocate to make gaming a more inclusive space for women, people of color, and designers from other under-represented backgrounds. 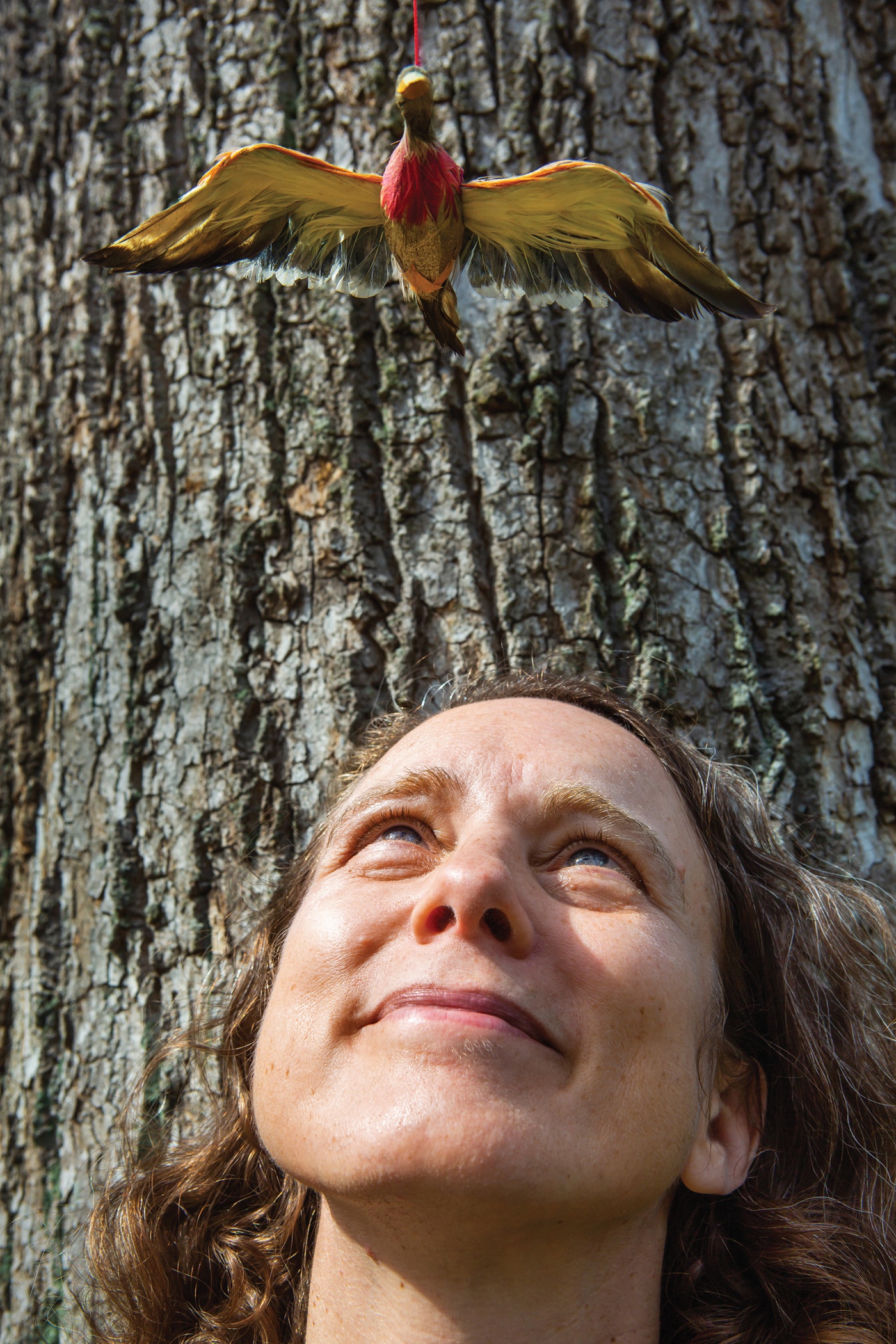 A Board Game is Born
To fine tune Wingspan, Hargrave spent years playtesting—having trusted volunteers play the game and offer feedback. “I just felt really obligated to play it a lot of times and make sure that I was seeing how those cards all worked together,” she says. At first, she played with friends and family, but eventually she joined groups around her home in Silver Spring, Maryland.

Marked cards
Most game designers print their proto-cards on printer paper and stick them in plastic sleeves. Hargrave printed hers on unsleeved card stock, allowing her to write notes directly on the cards based on how people were using them in the game—were they played or discarded? Did people like having the card in their hands? She stacked the decks to see how certain combinations affected game play.
“You want every card to, at least at some point in the game, have an obvious reason that you would play it, right?” she says.

Grassroots marketing
Eventually people started asking her about when they could buy the game and when her Kickstarter campaign would run. Hargrave realized that path wasn’t for her—too many tedious logistics involved in self-publishing—although it gave her the confidence to pitch Wingspan to publishers. “I really put a lot of research into who might be interested in a game about birds,” she said. “Mostly I looked for publishers whose lineups weren’t one hundred percent science fiction.”

Pitching the play
Hargrave arranged meetings with three publishers at Gen Con, a major conference for game designers, preparing a one page “sell-sheet” laying out the aesthetics and rules of the game. She practiced her pitch, filming on her iPhone to make sure she had it down.
Jamey Stegmaier, president of Stonemaier Games, got excited about Wingspan. He was a guy who had read bird guides for fun as a kid, and his company had produced a game about viticulture and city-planning. He understood and supported Hargrave’s artisanal craftsmanship, going so far as to ensure the egg pieces in the game had a finish that felt like wood.
Through conversations with Stonemaier, Wingspan developed a more “engine-building” aspect, or a game structure in which players slowly create a combination of pieces that are able to generate resources. Their collaboration paid off: the layers of strategy combined with the game’s beauty have made Wingspan a hit across age ranges. —J.B.

“I think the population of who becomes designers lags behind where we are as gamers because it takes you a while to become a designer,” she says. “You’re drawing from the pool of people that are hardcore enough that they start thinking about designing.”

In other words, if the themes and identities of current designers are narrow, the range of people inspired by their games will be also.

Hargrave herself had not planned to become a game designer. Yet she had spent her whole life playing games, including at Brown, where she studied public policy and lived in the Waterman Co-op.

“It had a house culture of playing a lot of games,” she says. “We played spades hanging out in the kitchen before dinner, and played a lot of Scrabble, like very slow Scrabble, where people did their homework between their turns…”

She also had a lifelong fascination with nature, after she moved as a middle schooler from Southern Illinois to Gainesville, Florida, where her world of soybean fields and strip mines opened up to Florida’s natural beauty. Years later, a trip to Costa Rica with her husband turned the pair into enthusiastic birders.

Hargrave seeks to cultivate a love of birding in Wingspan aficionados. But she pushes back on critics who say Wingspan merely offers an aesthetic treatment of birds with little tangible connection to conservation efforts. She notes earlier renditions of Wingspan had featured a much more explicit focus on conservation by having players build up a wildlife park, yet most people found this a distraction from the birds themselves. She eventually removed the wildlife park element.

“I think it ended up being the right choice,” she says. “Even in a conservation sense—I do hear from people over and over that Wingspan has made them birders and has made them pay attention to the birds. And I think that that experience, and that connection, is far more important for getting people engaged in conservation in real life.”

Hargrave has been invited to Wingspan tournaments to play in the final round. “I’m definitely not guaranteed to win,” she says, “but I am an above average player, for sure.”

While competitive, Hargrave emphasizes inclusivity in gaming. She remembers a feeling of isolation as a woman at major game conventions, dominated by men. She attended a breakfast for women at one convention and recalls how it made everything easier for her and her female colleagues.

“I tried to start the design process very intentionally—what feelings am I trying to evoke?... My main goal was to make people feel this sense of wonder and connection to the birds.”

“If you’re in a sea of several hundred designers, and eighty percent of them are men, there are other women there, but you may not see them in your immediate vicinity,” she says. “But if you have met them and are confident that they’re there, and you’re friendly with them like that, it changes the feeling of the whole room.”

On her Twitter, Hargrave frequently boosts under-represented game designers and has written extensive threads detailing sexism in gaming. She has anecdotes of backhanded compliments she has received on Wingspan, including “thanks for designing a great game for my wife.”

Resisting the idea that a game with bright colors and a focus on nature is an inherently “female” game, Hargrave says she wants to make games that entice non-gamers.

For ideas, she focuses on obscure, curious aspects of life that draw her attention. A devoted reader of the Washington Post obituary page, she came up with the idea for a game about stunt workers after reading an inspiring account of a pioneering female stuntwoman. Listening to podcasts have led to other, still in-progress designs such as a fox-breeding game based on an old Russian genetics experiment to domesticate dogs.

The pandemic put much of her designing on hold. While there are ways to play board games online, Hargrave says they take the joy out of it for her. She’s glad COVID is getting under control so she can go back to in-person playtesting.

“So much of my playtesting is just watching people play and like seeing, seeing their physical reactions to the game,” she said. “I really enjoy the tactile nature of games and having bits that you’re manipulating.”

Finishing up the third expansion pack for Wingspan when she spoke to the BAM last year, Hargrave hopes the care she puts into Wingspan will translate into awareness and appreciation for the presence of birds, in all their diversity, all around us.

“I think a lot of people don’t really think about how vast that part of the world is,” she says, “if you have never stopped to really pay attention to them.”

Jack Brook ’19 is a reporter at the Southeast Asia Globe in Phnom Penh. His writing has been published in the Christian Science Monitor, Jerusalem Post, Miami Herald, Marshall Project and other outlets.