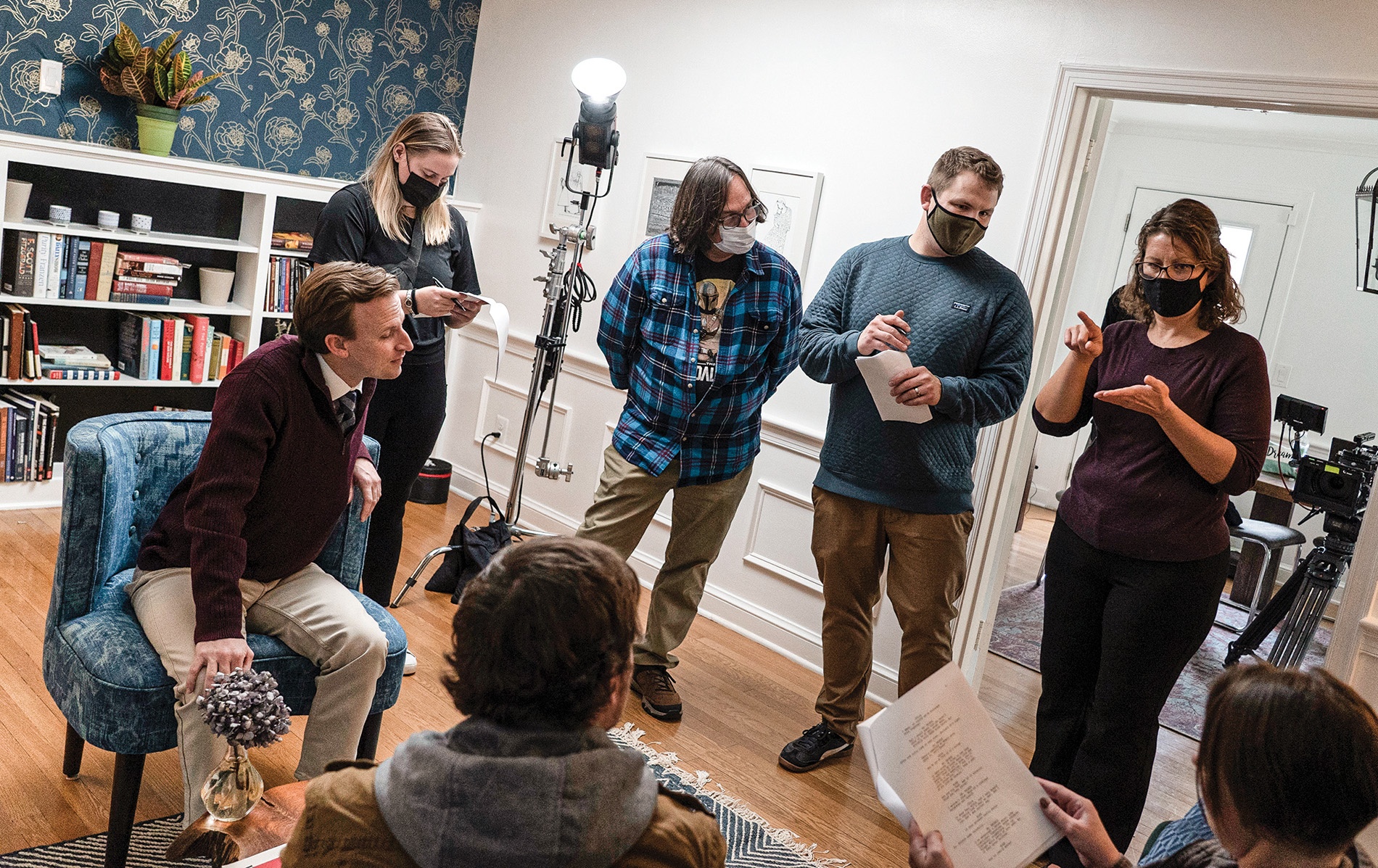 In Millstone, a new short film directed by Peter Kimball ’04, a couple visits a therapist looking for a cure for their unquenchable grief. Over the course of the session, the husband and wife sift through the detritus of their relationship, a bond that has been strained by the hit-and-run death of their 5-year-old son. All their accusations and recriminations spill out in American Sign Language, a fact that is never noted in the 16-minute film, which is performed by a deaf cast and subtitled in English.

“I liked the idea of taking a story that has nothing to do with people being deaf, but having it unfold in that world without drawing much attention to it,” says Kimball. “There just isn’t much content out there about deaf people and there’s hardly anything in which the whole point isn’t about people being deaf.”

Kimball is hearing, but his 3-year-old son Bennett is deaf. After Kimball and his wife, Anne—also hearing—got the diagnosis they began learning sign language and immersing themselves in the community. “There are so many issues with accessibility and representation, all sorts of things I wasn’t aware of,” he says. “Sign language is such a rich language, just the way that ideas are transmitted. That’s something I want to explore in film.”

Kimball, who teaches film at George Mason University and American University, also explored the topic in My Brother Is Deaf, a documentary about his family’s experiences. And he’d like to continue helping to fill a void in on-screen representation. Though disabled people make up more than 20 percent of the population, studies show that only 2 percent of film and tv characters have disabilities. There has been some progress: This year, CODA, the story of the only hearing member of a deaf family of fishermen, captured best picture at the Oscars. Daniel Durant, who won raves for his performance in that film, stars in Millstone.

“It was so encouraging to see CODA recognized,” says Kimball. “I hope this isn’t the highwater mark, but rather this is a place to build off of when it comes to deaf representation.”