How Math Might Save Dinner
Satellite imagery and data analysis may help feed the world and save the trees. 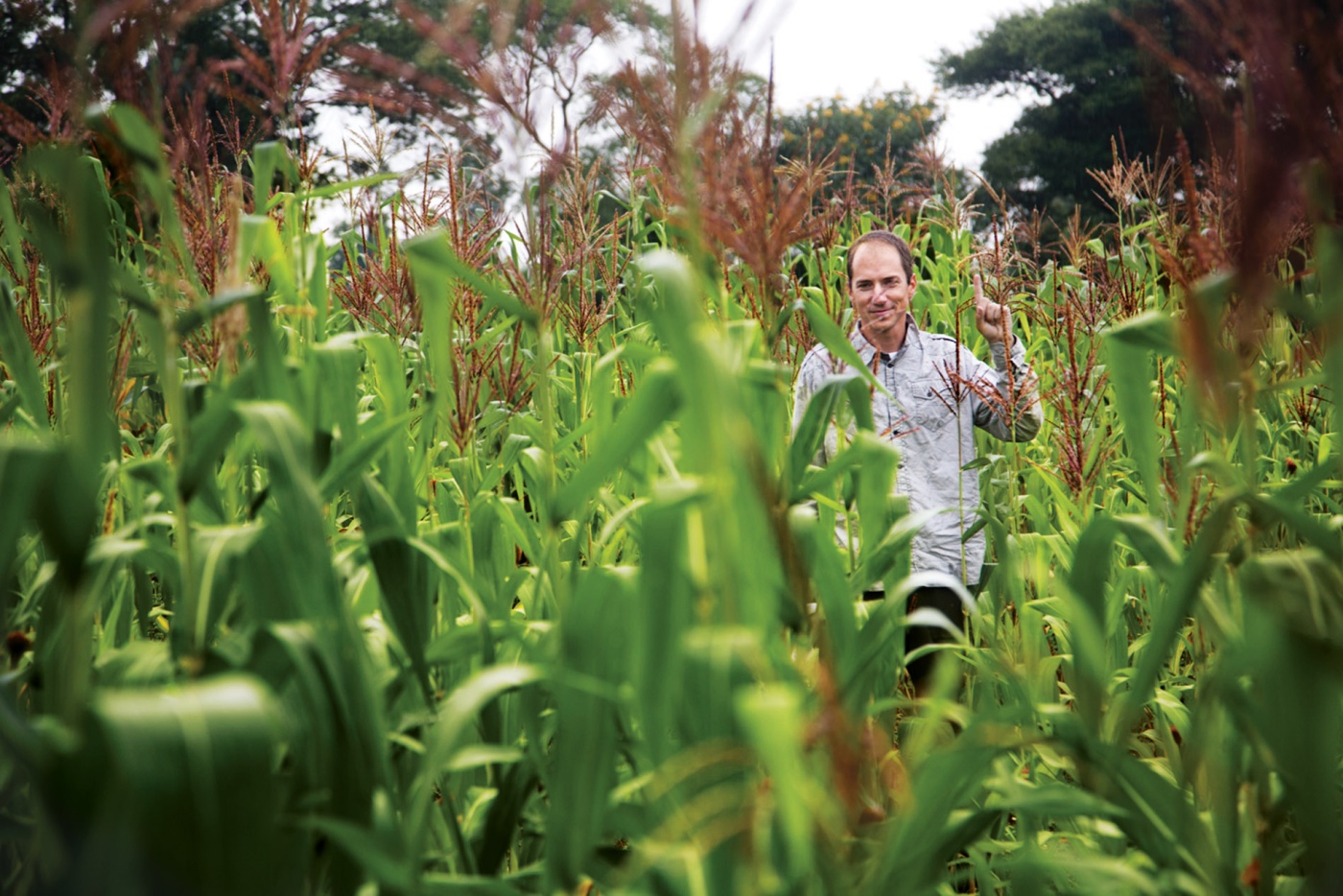 When David Lobell ’00 first started working with satellite data at Brown, he spent many an afternoon strolling the green waiting for a clunky computer to process the images.

Now an agricultural ecologist with his own lab at Stanford, Lobell can access decades of satellite observations in mere seconds. While the technology has improved greatly, Lobell saw its potential from the beginning. He became one of the first scientists to combine satellite imagery with disparate data sets to better understand the impact of climate change on agriculture.

“I became convinced that the biggest environmental challenge that we face is ‘how do we ensure food production without using a lot of resources, particularly without cutting down a lot more forest?’” says Lobell, an applied math concentrator.

For his breadth of research, including measuring the harms of air pollutants on crop yields, Lobell received the 2022 National Academy of Sciences Prize for Food and Agriculture Sciences.

Lobell believes one of his most important findings was the impact of heat waves on crops. Early in his career, most agronomists thought lack of rainfall would be the biggest climate problem for farmers. Lobell, analyzing a wide range of data sets—from the UN’s crop production records to historical archives from seed breeders to monthly regional temperature and rain statistics—discovered that spikes in temperature played a distinctive, often more harmful role. His study highlighted the need for seed breeders to expose seeds not just to dry conditions but also to heat, to ensure crops could withstand climate shocks of the future.

“Both at Brown and in graduate school I had mentors who always emphasized focusing on the question—not whether you’re using a particular technique that is well established—to be creative about how you approach a problem,” he says.

Lobell says he initially experienced pushback from other scientists, who argued he should be proving his conclusions through smaller-scale but more traditional and controlled experiments. However, he always saw the value of his approach as applying massive data sets to confront problems  that experiments were unable to address on the same scope. Many of his earlier data-driven predictions into the impact of climate change on farming are now accepted knowledge.

“I think that the advance of data science has really been because it’s proven again and again that it can provide insights much more quickly than traditional experiments, and also for cases where experiments are not possible,” he says. “The initial skepticism was a pain, but I think it was generally fair and it made my work stronger. My years at Brown helped me embrace that give and take of ideas.”