They had finally made it. For four years they memorized the names of diseases and body parts, crammed at all hours of the day and night for exams, and performed rote chores over and over again at hospitals. But what did honorary-degree recipient Stanley Aronson, the founding dean of Brown’s Warren Alpert Medical School, tell its ninety-three graduates? Now is when they really had to start worrying. 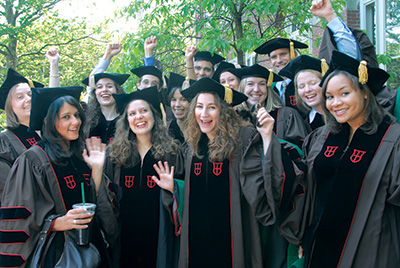 It was a good kind of worrying though—“anticipatory worrying” is how he described it—where a doctor feels “compelled to anticipate consequences should the most serious possibilities turn into reality. The physician carries a lonesome and worrying weight.”

He concluded that worrying “remains the stabilizing mainstay of our civilization. If we encounter a day blissfully free from worrying, most of us would regard it as a sign of impending disaster.” Aronson even suggested that the capacity to worry should be added to the list of qualities needed to become an excellent physician.