Elyne Kahn '03 knew the job wasn’t going to be easy when an eight-year-old boy lay down in the middle of the street and said he wanted a bus to ride over him. “It took a lot of coaxing to get him up,” Kahn says. “I recognized pretty quickly how traumatized these kids were.” 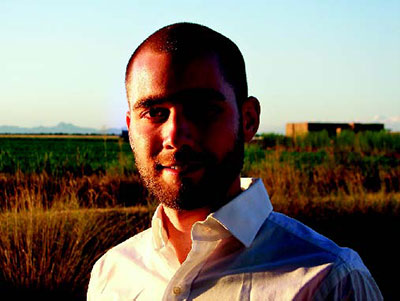 Since college, Kahn had been working for the Association of Hole in the Wall Camps, a New Haven, Connecticut–based charity founded by the actor Paul Newman. But the organization’s camps were designed for severely ill, sometimes terminally ill, children. “What we typically do is bring the kids to camp and just kind of tell them be free. You have a week to be a kid and play and do whatever you want,” says Kahn. When he tried that in Baker, he says, “It was chaos.” Clearly, the Association needed to develop a new model.

Kahn began setting up a variety of activities to engage these otherwise directionless, depressed, and frequently violent kids. One of his first efforts involved staging open-mike nights in a large tent used for religious services. Once a week, he schlepped in floor lamps and strung up red lights shaped like chili peppers. Teens took to the stage to rap and sound off on school, drugs, parents, and the other trials and tribulations of their daily lives. They sang paeans to their old neighborhoods in New Orleans and denunciations of FEMA, the Federal Emergency Management Agency, which is widely blamed for mismanaging the disaster and its aftermath.

Kahn taped many of the sessions, which, he says, added an extra draw for the youths, because they felt like what they had to say was being taken seriously. Last October, Kahn compiled a CD of highlights from the open-mike sessions and distributed copies to Renaissance Village residents.

Kahn hired a local community theater group to work with the kids to write and produce plays. Every couple of months, a team of art therapists arrived to help children of all ages find artistic expression for their pain and suffering. By the time Kahn left the camp this summer, he had also organized a mentoring program in conjunction with the Big Buddy Program, a local non-profit.

During his time in Baker, Kahn stayed in frequent touch with the eight-year-old who’d lain down in the road. Immediately after Katrina, the boy and nine of his siblings and cousins were housed in two trailers, one occupied by his aunt and the other by his grandmother. For reasons Kahn does not know, FEMA evicted the aunt, and suddenly all ten kids were living with the grandmother. “There was barely enough room for three in there, let alone eleven,” says Kahn. Last he heard, the kids had left the grandmother’s trailer and moved in with the aunt in low-income housing in Baton Rouge. “A lot of these kids living in Baker are going to wind up in substantial trouble,” says Kahn, who will begin medical school at Vanderbilt University this fall. “Their options are really limited.”