Clea Myers '92 began what she calls her “journey to the dark side” when, at a party in Los Angeles, she met a tarot-card reader who purported to be a hermaphrodite. The British-born Myers had recently lost a close friend in a car crash, and the card reader claimed to have made contact with that friend. “‘Please, please be careful,’” the friend warned Myers, according to the psychic. “‘Look before you jump, and keep dancing.’” 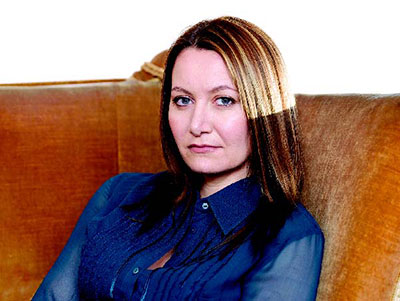 Under different circumstances, Myers might have dismissed this as a lot of mumbo jumbo, but that same night her new boyfriend offered her some crystal methamphetamine—or crystal meth, as the highly addictive drug is known on the street. The combination of believing she might be in touch with her friend, and being high on the drug, was like no other experience Myers had had before. “It felt real,” she says. “It was a connection with this spirit world. I was fascinated.”

Just months before, Myers had graduated from Brown with honors. She spent the next five years hooked on crystal meth. She has been clean and living in London since 1998, though, and now spends much of her time speaking out on the dangers of the drug that destroyed her life. She’s a regular guest on television talk shows, has written first-person accounts of her experience for several newspapers, and speaks willingly and openly about her addiction. She has also written a book-length memoir she hopes to get published. Her message: “Crystal meth is the fastest way to self-destruction.”

Within a year of first trying the drug, Myers was broke, out of a job, and carousing with an unsavory group of associates who were into “dumpster diving,” sex cults, and as she later came to suspect, a child pornography ring. On one occasion a friend took her to a forest some three hours outside L.A. By moonlight, she and the friend walked 45 minutes until they came to a clearing where a group of men and women sat naked in a circle. A man who was apparently a leader of the group told Myers’ friend to take her clothes off and prepare to have blood and semen smeared on her. “I felt very in danger,” Myers says, and had enough sense to grab her friend and bolt.

The drug fueled paranoid fantasies and obsessions. At times Myers thought someone was out to kill her. At a party she became convinced that children were trapped in the basement. One day her friend—the same one who’d taken her to the sex cult—came home with a severed finger she claimed to have found in a dumpster. The two decided a murder had taken place and began searching for the body, investigating a burnt-out garage strewn with torture devices: handcuffs, whips, chains, and other S & M paraphernalia. To this day Myers remains convinced there had been foul play of some sort—how else to explain that finger?

In 1997, Myers was arrested for stealing a delivery truck—the keys had been left in the ignition and she says she was so high it didn’t occur to her that she didn’t own the vehicle. The judge cut her a deal: if she returned to Great Britain immediately, she wouldn’t have to serve jail time.

At this point Myers weighed ninety pounds. She was, she says, “a pitiable wreck of a human being.” But she needed to go down even further before she could bring herself to quit her habit. One night, while high, she was robbed of a small diamond ring that her mother had given her for her 18th birthday. “I had absolutely nothing left,” she recalls. “It was complete self-degradation. I knew I couldn’t go on like this.” She began attending regular meetings of Narcotics Anonymous.

Myers has tentatively titled her memoir, Tweaking the Dream. It’s a reference to the American dream she thought she’d live out by coming to the United States and “attending one of the best colleges in the world.” Instead, as she sadly observes, her dream “became a nightmare.”