Near the beginning of my mother's FBI file is a copy of the guiding principles of Syracuse Women for Peace (SWP), to which my mother belonged in the 1950s. Reading them now, I see why the FBI considered her such a serious threat and tracked her activities for nearly a decade: “Because the life-giving function of women uniquely belongs to women, there is evinced a natural desire to fulfill the responsibility to preserve life and especially to protect it from the dangers of useless and criminal warfare.”

What I remember about the SWP is a gray Syracuse day and a small downtown traffic circle where my mother, Annette, pushed me in a stroller while walking with a handful of other women holding signs advocating disarmament and peace. I didn’t know that, as detailed on page 19 of Annette’s file, the FBI had decided to recruit informants—family friends or acquaintances—to report on the doings of my mom, who had been teaching part-time at the Jewish Community Center and caring for my older brothers. 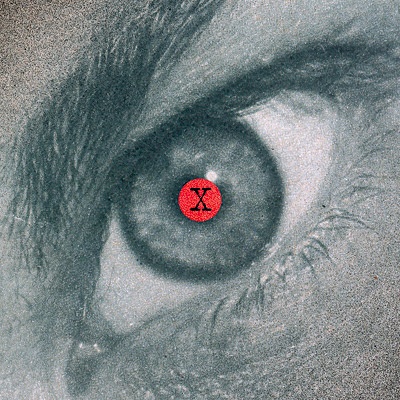 My parents’ antiwar and pro–civil rights activities and their belief in the Rosenbergs’ innocence justified such things as having an informant report on our Passover seder in 1953.

The arrival of my mother’s FBI file has provoked a range of reactions in the family. My eighty-one-year-old mother is clearly proud, and my dad wonders aloud if he should request his file. He fears his pride will be injured if the sheaf of papers is scrawnier than mom’s 108 pages. My brother, the family historian, sees a document rich in possibilities to aid his efforts to chronicle our family history.

My own feelings run the gamut. I’m proud of my parents’ civil rights work when it took real courage to risk drawing the attention of agents caught up in anti-Communist hysteria. (“Redacted advised on May 11, 1956, that the subject attended the May 5, 1956, NAACP public meeting protesting the Community Center, Syracuse, New York.”) After all, having an FBI file puts mom in some illustrious company, alongside Rev. Martin Luther King Jr. and John Lennon.

But there’s something profoundly creepy about knowing that our social gatherings included the “patriotic citizen” (as the file calls him or her), who then reported back to the Bureau on our conversations and activities. Also disturbing are the many pages in my mother’s file that are almost completely whited out, fifty years after the fact. Why classify so much? (“This report is being classified confidential because of the information contained therein, the disclosure of which would jeopardize the security of this country.”)

My parents’ political involvement and the FBI’s response were played out in a specific historical context: the Cold War, fears of nuclear annihilation, Senator Joseph McCarthy’s unbridled power, and a civil rights movement just beginning to build momentum. But is this a closed chapter of history, an aberration, or do the ripples still radiate outward?

The Syracuse Women for Peace’s principles conclude: “That a just and lasting peace can be won by peoples and their governments in resolutely rejecting all ideas of and attempts to carry out ‘preventive’ warfare.” All these years and wars later, was this statement hopelessly naïve? Or was it prescient, as we sit mired in a “preventive” Iraq war?

My mother has lost little of her political energy. If anything, “retirement” allows more time to focus on things like working for congressional candidates. Annette is preparing a lecture on the ACLU for senior citizens. And she’s developing a course for them. The working title? “Choosing an American President: How to be an informed voter.”

Reader Responses to My Mother’s File