Henrietta Leonard, a professor of psychiatry at Brown’s Alpert Medical School, died on August 15 after a four-and-a-half-year battle with ovarian cancer. She was 53. With her passing, the world of child mental health lost an internationally acclaimed researcher in child and adolescent psychiatry as well as an excellent clinician and a revered educator.

Leonard, who was also the training director of two child-and-adolescent-psychiatry residency programs, was a whirlwind of activity. Her residents were always popping in or calling, and she took great pains to nominate them for awards, to help them get started in national professional groups, and to recognize their excellence—which increased substantially under her leadership. More than 100 current practitioners and academics trained under her nurturing, yet demanding, style.

Henrietta Leonard was born in 1954 in Hartford, Conn. After earning a B.S. and an M.S. at the Univ. of Connecticut and, in 1982, an M.D. at the George Washington Univ. School of Medicine, she remained at George Washington to complete residency training in general and child psychiatry. During that time she met her husband, Kenneth Rickler, a neurologist, and they were married in 1989. 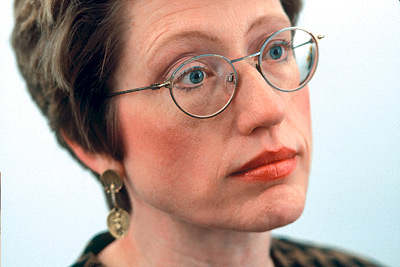 credit: John Foraste
Leonard’s research career focused on investigating the cause and treatment of childhood mental illnesses, particularly pediatric anxiety disorders. Her research contributions were prodigious and led to two patents as well as to changes in the diagnosis and treatment of childhood mental illness. She and her colleagues at the National Institute of Mental Health identified PANDAS (Pediatric Autoimmune Disorders Associated with Streptococcal Infections), a revolutionary model for a psychiatric disorder caused by an infectious agent.

Because of their novelty, PANDAS spawned considerable excitement, controversy, and subsequent research, including related pilot investigations of attention deficit disorder and depression. Although Leonard was best known for her many research contributions to the field of obssessive-compulsive disorder, she also conducted important studies on selective mutism, generalized anxiety disorder, “winter blues,” attention deficit disorder, and bipolar disorder.

Leonard enjoyed sharing her discoveries and opinions as much as acquiring them. She was a prolific, engaging writer and speaker. At the time of her death, she had authored eighty-seven publications in peer-reviewed journals, with many more in the publication pipeline. She also wrote dozens of publications in other media and authored three books.

Even with all her expertise, ambition, responsibility, and passion, Leonard’s first priority was always her family. No meeting was too important for her to interrupt to take a phone call from her twin sons, Nathaniel and Alexander. Even sleety weather a day after chemotherapy last March could not prevent her from being on the sidelines for one of their lacrosse games. With her large extended family, Henrietta, Ken, and their two sons regularly joined the chaos of the family home on Chebeague Island, Maine, for two weeks every summer. It was fitting that she chose to return there for her final days in August surrounded by those closest to her.

Leonard is survived by her husband, Kenneth Rickler; her sons Nathanial, 16, and Alexander; 16; her father, Louis F. Leonard; her brother, Edward Leonard; and her sisters Ann Leonard and Susan Sullivan. —Gregory K. Fritz

Gregory K. Fritz, a close colleague of Henrietta Leonard, is a professor of medicine at the Warren Alpert Medical School, where he directs the division of child and adolescent psychiatry.

Reader Responses to The Whirlwind