James Keeper's mom calls him Jimmy. His friends call him Keeper. His workaholic girlfriend, Leah, calls him James. Although Leah and James own a house together they aren't ready to talk marriage, much less kids. Having slid out of a marriage and a career editing computer magazines, Keeper is trying to find his way when his ex-wife suddenly dies and bequeaths to him a three-year-old son he didn't know existed. Fortunately, little Leo's sense of self is far more developed than his dad's. 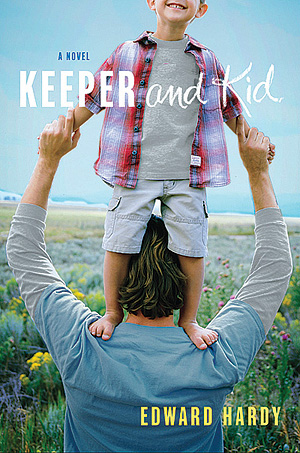 Author Edward Hardy teaches creative nonfiction at Brown, and he has set this, his second novel, in an affectionately rendered Providence. With his old friend Tim, Keeper runs a storefront antiques shop on funky Wickenden Street and a salvage yard, called Love & Death, in industrial Pawtucket. But he is paralyzed by the news of Leo's existence. Afraid to tell Leah, he avoids the subject, and while she's away on a business trip, he trades his truck in for a Subaru wagon, brings the toddler home, and plugs in a video. The ardently upbeat refrain, "Can we build it? Yes we can," from the PBS cartoon Bob the Builder, becomes this sweet novel's ironic mantra.

Of course, when Leah returns home she does not fail to notice the little boy sleeping in her office, and she moves out. The potty-trained Leo regresses, and Keeper discovers such parental truisms as "endless peeing leads to endless laundry." Barely holding on, he wonders how many times in a row he can experience the longest day of his life. When Leo bites a kid at daycare, the whole rickety house of cards collapses.

This novel, however, is about Providence in more than just the geographic sense. Keeper discovers that his friends are in the game for more than just card night and upscale beer. His chain-smoking former sister-in-law, Grace, lives up to her name. When Keeper breaks his finger, his mom arrives with a week of dinners.

And through it all there's sage little Leo, who, when Keeper kisses him on the head, observes, "You did kiss my brain." This is a funny, quirky novel with all the warmth of a kiss on the noggin.

Reader Responses to Bringing Up Baby