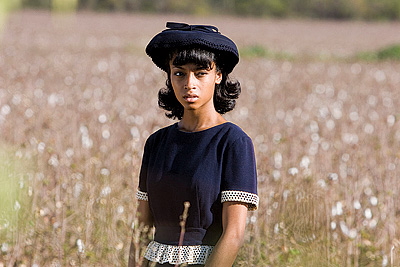 Jim Sheldon
In 2004 aspiring actress Yaya DaCosta '04 (Camara Johnson) became a water-cooler sensation as first runner-up on season three of the reality program America's Next Top Model. Now she's on the big screen in John Sayles's new movie, Honeydripper, about the birth of electric blues music. DaCosta plays China Doll, above, stepdaughter to Danny Glover's lead character. Although DaCosta still models for two major agencies, she's been on a theatrical roll, dancing in the 2006 ballroom romance Take the Lead and running as an inmate-turned-track-star in Lifetime's Racing for Time this February. Next up is The Shanghai Hotel, a feature film about Chinese immigrants sold into prostitution. It stars Hill Harper '88.
What do you think?
See what other readers are saying about this article and add your voice.