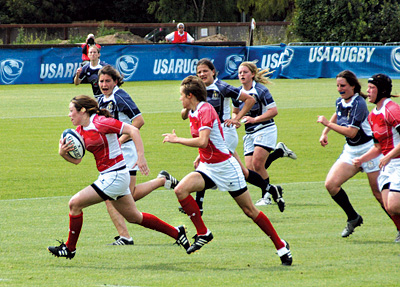 Rebecca Constantine
The women's rugby team, which won the Ivy Championships by a combined score of 145–0, made the Final Four at the national championships at Stanford in early May. Thanks to players like Blaine Martin '11 (with ball) and Whitney Brown '09 (beside Martin), the women hung tough for most of the semifinal game against Penn State, but lost in the end, 41–7. The Nittany Lions fell to Stanford in the final match.
What do you think?
See what other readers are saying about this article and add your voice.