Confessions of a Serial Entrepreneur

Dan Ratner claims he isn't much of a gambler. "I can walk through a Las Vegas casino very easily and never put a dollar on the table," the Chicago resident says. 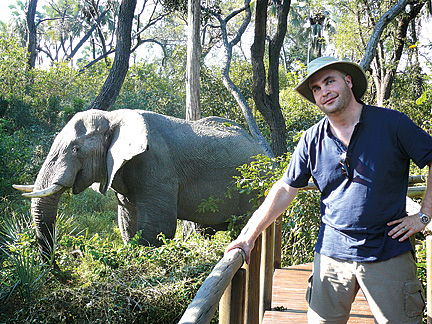 But when it comes to startups, Ratner says he's the "business equivalent of an adrenaline junkie." A serial entrepreneur, he creates companies, grows them, and moves on, ideally having pocketed a hefty profit. He makes it a habit not to stick around at a given company longer than five years. He's invested in the telecommunications, nanotechnology, and automotive industries, and his most recent project is a website that helps members find reliable babysitters. "Once you get started, it's really hard to think about doing anything else," he says. "There are just those of us who, once we do it, just want to do it again and again and again."

Ratner grew up in the Chicago area with entrepreneurship a big part of his lineage. In the 1920s, his grandfather founded a lumber and hardware business in the Midwest. It later turned into a real estate concern, and today Forest City Enterprises is worth $9 billion. At Brown, Ratner worked at Zeller Research Limited (ZRL), a southern Rhode Island computer and electronics company founded by Raymond Zeller '79 ScM, '89 PhD, a former research engineer in the Brown physics department. "It was definitely an amazing experience," he says. "I saw what you can really do if you put your mind to it."

After graduating from Brown, Ratner moved to Cambridge, Massachusetts, to found Snapdragon Technologies, an IT consulting company. The dot-com boom was growing and companies were just beginning to discover the web. Ratner and his team specialized in installing Internet service at businesses. Because the phone companies had yet to offer DSL, they used burglar alarm wiring to carry the signal. His office was in the windowless basement of somebody's former home. "It had a nice address along Massachusetts Avenue," says Ratner. "That made it sound all fancy—until suddenly somebody actually showed up." Ratner sold the company in 2001 and, he says, made a decent return on his investment—"a solid base hit, but not a home run."

In 1999, he joined another Cambridge start-up that was also in the business of providing Internet service to businesses. At first the company thrived. "We were just blowing the doors off," says Ratner. "It was amazing." But then the dot-com bubble burst and raising additional capital became impossible. "In four months, it went from total froth to total crash," Ratner says. All the same, it was an important lesson in the ups and downs of the business cycle.

It was only several years later, after Ratner had moved to Chicago, that he really hit his stride as an investor. Over the course of several dinners, a woman he was dating kept pitching him on an idea she had for a social networking website where parents could come and review babysitters. She got the idea while in college in Boston after she saw an exhausted pregnant woman huffing and puffing around the campus putting up help-wanted fliers for babysitters. It seemed like there had to be an easier way to do this. But Ratner was skeptical. "She had to work hard to convince me," he says.

In the end, he signed on to the project—a website called Sittercity.com where members can find reviews of not just sitters and nannies, but also dog walkers, senior care providers, and tutors. The company enables users to perform background checks on the sitters and view reviews posted by previous employers.

The site was a huge success. "A home run in every dimension," he says. Inc magazine has twice named it one of the fastest-growing private companies in America. As for that woman Ratner was dating, Genevieve Thiers is now his wife.

Ratner currently has his hand in a whole bunch of other business enterprises—Tweetlytics, which compiles data on traffic on Twitter and Facebook; the Lawyer Market, an online service where attorneys bid against one another for clients; and Nanosphere, a nanotechnology-based healthcare company, among several others. "I much prefer to be in a place where you can really create your own destiny," Ratner says. "At least if it fails, you have only yourself to blame."

Reader Responses to Confessions of a Serial Entrepreneur