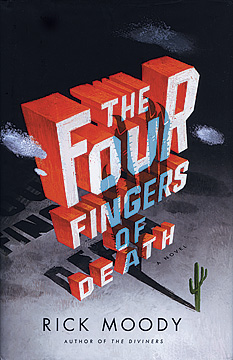 The Four Fingers of Death, by Rick Moody '83 (Little, Brown). Moody's 725-page futuristic novel is dedicated to Kurt Vonnegut and a fitting tribute to his wacky black humor. The narrator, Montrese Crandall, is a writer who is failing to make ends meet hawking old baseball cards of robotically enhanced players. With his wife deathly ill, Crandall scams his way into writing a novelization of the 2025 remake of the 1963 horror classic The Crawling Hand, in which a manned mission to Mars returns to Earth bearing only a single human arm, which is missing a finger. 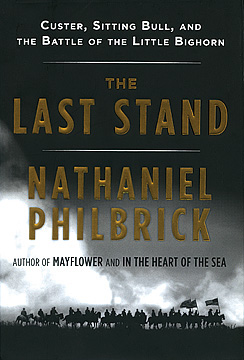 The Last Stand, by Nathaniel Philbrick '78 (Viking.) Popular historian Philbrick, who won a National Book Award for his In the Heart of the Sea and was a Pulitzer finalist for Mayflower, moves inland and takes on yet another American archetype—the conflict between George Armstrong Custer and Sitting Bull. "Most Americans think of the Last Stand as belonging solely to (Custer)," he writes. "But the myth applies equally to his legendary opponent, Sitting Bull. For while [Sitting Bull's] Sioux and Cheyenne were the victors that day, the battle marked the beginning of their own Last Stand."

Four Fish, The Future of the Last Wild Food, by Paul Greenberg '90 (Penguin). Faced with salmonella-seasoned eggs and hormone-riddled beef, consumers turn to wild fish as a healthy alternative. Through in-depth reporting and personal narrative, New York Times Magazine writer Greenberg describes the history of four of these species—cod, salmon, sea bass, and tuna—to show how overfishing and environmental decline have reduced the genetic diversity of wild fish to critical levels. He argues that better regulation of wild and farmed fish and better informed consumers are these species' last and best hope.

When Molly Was a Harvey Girl by Frances M. Wood '73 (Kane/Miller).

The Modulated Scream: Pain in Late Medieval Culture by Esther Cohen '73 AM, '76 PhD (University of Chicago).

Fur, Fortune, and Empire: The Epic History of the Fur Trade in America by Eric Jay Dolin '83 (W.W. Norton).

The Zodiac of Paris: How an Improbable Controversy over an Ancient Egyptian Artifact Provoked a Modern Debate between Religion and Science by Jed Z. Buchwald and Diane Greco Josefowicz '93 (Princeton).

An Example for All the Land: Emancipation and the Struggle Over Equality in Washington, D.C. by Kate Masur '93 (University of North Carolina).

Smart Real Estate Deals in the Bank Bailout Era and Beyond by Charles McKay '92 ScM (AuthorHouse).

The Power of the Sea: Tsunamis, Storm Surges, Rogue Waves, and Our Quest to Predict Disasters by Bruce Parker '69; (Palgrave Macmillan).

A Rope and a Prayer: A Kidnapping from Two Sides by David Rohde '90 and Kristen Mulvihill '91 (Viking).

Hidden Truth: Young Men Navigating Lives In and Out of Juvenile Prison by Adam D. Reich '03 (University of California).

Emptying the Nest: Launching Your Young Adult Toward Success and Self Reliance by Brad E. Sachs '78 (Palgrave MacMillan).

To Be Reformed: Living the Tradition and Let Us Reason Together: Christians and Jews in Conversation by Joseph D. Small '63 (Witherspoon).

Bad Shoes and the Women Who Love Them by Leora Tanenbaum '91 (Seven Stories).

Long, Obstinate, and Bloody: The Battle of Guilford Courthouse by Lawrence E. Babits '81 PhD and Joshua B. Howard (University of North Carolina Press).

A Martian Muse: Further Essays on Identity, Politics, and the Freedom of Poetry by Reginald Shepherd '91 MFA (University of Michigan).