My Mother, My Guide

When I was in high school, my mother, Geraldine Ferraro, took me on an unexpected trip to buy some dresses. She mentioned that there was a chance she might be asked to run for vice president of the United States. I remember asking if she thought she would actually win. She responded that it was a long shot, but certainly a possibility. I questioned if she really wanted to give up her Congressional seat, which I knew she loved, for such a risk. She said, "Laura, every important decision you will make in life will have risks." 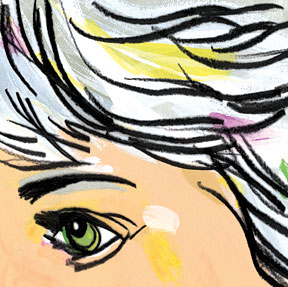 After I graduated from Brown, we were both at a crossroads. My mother, having lost the race for vice president, was now gearing up for a U.S. Senate race and trying to navigate through the aftermath of having had our family under national scrutiny. As for me, I was grappling with how to make my contribution to the world. When I told my mother about my hopes for medical school, I said it felt as if it would be a huge personal challenge. She quickly responded, "I know you can do it."

My mother's faith in me nurtured a faith in myself that, until then, I didn't know I possessed. What had seemed like intermittent nagging came into focus as a deep investment by my mother in my well-being and, ultimately, my independence as an adult. And what had sounded like the same rhetoric over and over again about women's rights and equality, I began to hear as a profound commitment to something much larger than the two of us.

When I was growing up, my mother had told me again and again that she'd been one of three women at her law school. Somehow, I was never that impressed. But then I went to medical school at the University of Chicago and realized what a gift it was that 50 percent of my class was made up of women, and that the dean of the school, also a woman, made a point of mentoring all of us.

Just weeks after giving it her best shot for the senate, my mother was handed a devastating cancer diagnosis. In her position, I think my gut would have told me to retreat, or maybe take up yoga in some ashram in India. But that was not my mother's way. Together we considered different treatment decisions with her doctors, and she mustered a fight that I had never before seen in my life. Her fierce spirit, her optimism, her love for me and my family, and her ability to tackle each and every challenge captivated me.

As a child, I would often daydream and stare out at the great South Bay as my father navigated our boat to Fire Island off the coast of southeastern New York. My gaze would wander between the lighthouse, weathered with subtle changes, and the strong swells of water that would part behind our boat. Sometimes my mother would shout out and break my reverie, telling me to hold on when a ferry crossed before our vessel.

Looking back, I can see that I did not understand how unique my mother was. As a child I travelled behind her, never grasping the size of the wake she created. But as I matured, I zipped along beside her, and began to feel like I was a speedboat travelling alongside the QE2.

Geraldine Ferraro, the first woman to run for vice president of the United States, died in March. This essay is adapted from a eulogy that Laura Zaccaro Lee gave at her funeral. Lee is a physician in Chelmsford, Massachusetts.

Reader Responses to My Mother, My Guide