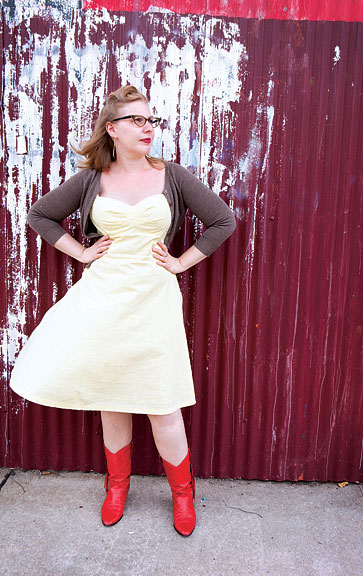 Rebecca Pronsky was raised in 1980s Brooklyn by urban hippies. Her parents told their kids they could be anything in this world. "Which is kind of bullshit, honestly," Pronsky '02 says with a laugh. "I guess I'm struggling with that: disappointment about being a grown-up and having to make sacrifices."

The eleven tracks on Viewfinder, her new album, are jaded country-and-western. They're twangy and upbeat, but with a darkness that hints at Pronsky's struggles with coming of age during uncertain economic times.

In "Hard Times," Viewfinder's opening track, she laments, "Numbers used to be so small: pennies, nickels, dimes / Now, the same collectors call, fallen on hard times." (National Public Radio chose "Hard Times" as its April 18 Song of the Day.) Over the pop-music hook and a percussive bass of "Give Up Too Easily," Pronsky sings, "And we give up too easily each time / 'Cause we never can make up our minds."

Pronsky, who favors red cowgirl boots, cat-eye glasses, and red lipstick, says she was always "that singer girl" at her liberal Brooklyn high school, the one taking musical theater–oriented voice lessons, going to guitar camp, and studying jazz. At Brown she majored in music and played folk gigs around Providence, including a monthly show at Café Zog on Wickenden Street.

But since "everyone around me wanted to save the world and be a doctor," Pronsky says, she didn't at first take music seriously as a career option. "I wanted to work for a nonprofit because that's sort of the whole vibe of Brown: being a good person and giving back," she says. But when, after college, she took a job at the Vineyard Theater in Manhattan and found herself "in the basement of a theater doing spreadsheets," she realized that "I don't think this is where I'm really going to shine." 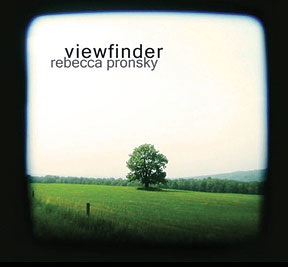 Despite not listening to country music while growing up, Pronsky says she accidentally stumbled upon her trademark "noirish twang" (as NPR describes it) in her twenties. "Oh, weird," she said to herself at the time. "We're playing country music." But it somehow captured perfectly the yearning and the sense of always being dissatisfied that seemed to characterize her generation.

As she sings on "Give Up Too Easily," "I'm dreaming of the day when I'll take flight / Follow my path far and out of sight.… We've been holding our breath for so long."