Martin Bernheimer ’58 was fourteen when he first tried to break into journalism. During a trip with his parents to his native Germany, he submitted an article to Opera News in the United States about the opera scene in Munich. He remembers little about what he wrote, but he says the publication accepted the piece only to scrap it at the last minute. But a career had begun. “I was just a smart-ass kid,” he says, “but I started writing these fluke things.” 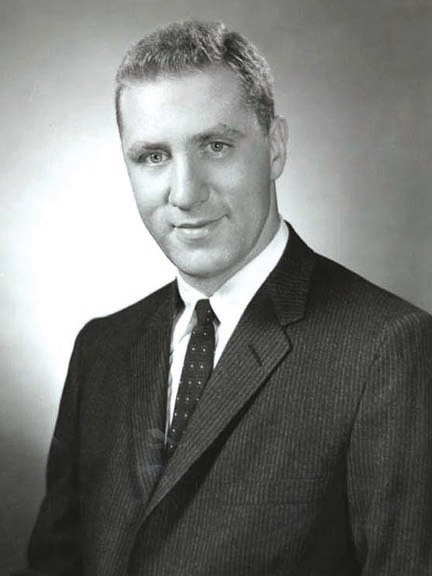 Brown Archives
Martin Bernheimer.
Nearly sixty years later, Bernheimer still writes about opera, his “first love,” he says. He also writes about classical music and dance as the New York City–based performing arts critic for England’s Financial Times. Even after attending many performances a week since his early twenties he is still enthusiastic in his reviews, though he’s more subdued in the concert hall, where, he insists, he never applauds.

“Music is just black dots on a page,” Bernheimer says, “but it’s open to interpretation. I look for acting of the body and the voice . . . and, above all, fidelity to the composer’s creation. What I don’t look for is the very old-fashioned idea of a concert in a costume.”

After moving to Massachusetts in 1941, the elder Bernheimers took Martin to Boston to see operas once or twice a year. The first he saw was Carmen, performed by the San Carlo Opera Company. “In retrospect, it was probably a pretty lackluster performance,” he says, “but I was struck by the fusion of drama and music.”

At Brown, Bernheimer studied music history and musicology. He also moonlighted as a supernumerary in opera productions with professional companies performing in Boston. As a graduate student back in Munich at the renowned Hochschule für Musik und Theater München, Bernheimer studied musicology on a grant from the German state of Bavaria. Around this time, he published his first article in the New York Times, a short piece on Munich opera. In 1965, he moved to California and became the chief music critic at the Los Angeles Times. He stayed with the newspaper for thirty-one years and won the Pulitzer prize for criticism in 1982.

It’s blunt assessments like these that have honed Bernheimer’s reputation as a sometimes savage critic. “Theatrical ineptitude,” he wrote in January in the Financial Times about the New York Metropolitan Opera’s much-hyped new production of Götterdämmerung, “remained the rule of the night, up to and including the seemingly botched final transfiguration when virtually nothing happened on an empty, dimly lit panorama.”

“I have a reputation for being tough,” Bernheimer admits. “I’m not a patsy. I’m not an extension of the [opera house’s] PR department.”
Bernheimer rarely takes notes (thereby wasting all the flashlight pens he routinely gets as gifts). Instead he pays close attention, counting on his memory to hold his impressions. He shuns the mingling and gossiping that goes on between acts. “I never partake in the wine or cookies during an intermission,” he says. “I don’t like to socialize.”
Bernheimer has no plans to retire. “I’m a fossil—a throwback to a virtually extinct age,” he says. “But I’ll continue until they stop paying me or until I drop dead.”

Tosca by Puccini. Conductor, Georges Prêtre. EMI Classics, 1988. “An all-time classic, featuring the incomparable Maria Callas as the tempestuous heroine, Giuseppe di Stefano as her sensitive lover, and Tito Gobbi as their elegant yet brutal nemesis.”

Der Rosenkavalier by Richard Strauss. Conductor, Herbert von Karajan. EMI Classics, 2001. “Most memorable for the work of two inspired artists: Herbert von Karajan, who enforces transparency and urgency in the Viennese pit, and Elisabeth Schwarzkopf, who finds the perfect balance of pathos and charm as the noble Marschallin.”

Das Rheingold by Wagner. Conductor, Georg Solti. Decca, 2009. Recorded in 1958. “This release, unprecedented at the time, virtually defined high fidelity for a generation of delirious Wagnerites. A splendid cast is led by George London as Wotan, king of the gods, but the real heroes remain the technical wizards in the recording studio.”