The Down and Dirty

By Marie Myung-Ok Lee ’86 / January/February 2013
January 7th, 2013
What’s the most important thing you want novices to know about fermentation?
SK You already love fermented foods and eat them all the time, as almost everyone does, because they are so central to most culinary traditions. Don’t be intimidated about making them at home. Be a conscientious objector in the war on bacteria and embrace bacterial foods. 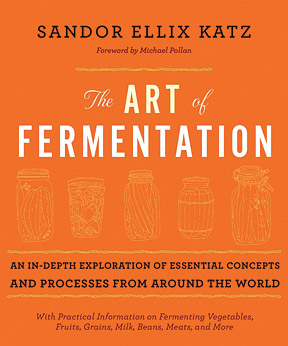 You’re immunocompromised. Do you worry about contracting nasty bugs like Listeria or E. coli from uncooked foods?
SK Acidic ferments are extremely safe. According to the USDA, there has never been a case of food poisoning from fermented vegetables documented in the United States. Even if the veggies had been subjected to contamination, the indigenous bacteria would overwhelm the contaminants. For testing purposes, researchers have intentionally introduced Listeria, E. coli 0157, and salmonella to ferments, and when they analyze the results in the lab they can no longer find evidence of the contaminants.

What about raw milk? Louis Pasteur saved a lot of lives when he figured out that heating milk killed potentially deadly bacteria.
SK I don’t drink random raw milk. I drink it from a small dairy farm whose practices I trust and admire. I agree that pasteurization makes sense for the general U.S. milk supply, but I think the public-health dogma has lost sight of the fact that it is a salvage protocol for milk produced by animals living with inadequate pasture.

Is there anyone who shouldn’t eat fermented foods?
SK Children should not consume foods or beverages with a lot of alcohol. Diabetics should stay away from sugary ferments. People with candida, too, should avoid ferments based upon sugar or carbohydrates. People who are immune compromised or in frail health stand to benefit from live-culture foods but should introduce them slowly, beginning with tiny portions.

What would you suggest as a maiden project for home fermenters?
SK Fermented vegetables in all their glorious variations—hot sauce, corn relish, sour pickles, dilly beans, kraut, kimchi, etc.—are what I keep coming back to, what I eat daily, and what I strongly recommend as a first home fermentation project, because it is easy, fast, intrinsically safe, so good for us, and requires no special starters or equipment.
What do you think?
See what other readers are saying about this article and add your voice.

Reader Responses to The Down and Dirty