When Anna Galland ’01 started the website SignOn.org two years ago, she wasn’t sure how it would fare. It had been developed several years earlier by computer programmers at the progressive advocacy group MoveOn.org as a place where people could initiate and circulate petitions, but, Galland says, “Nobody knew what to do with it.” 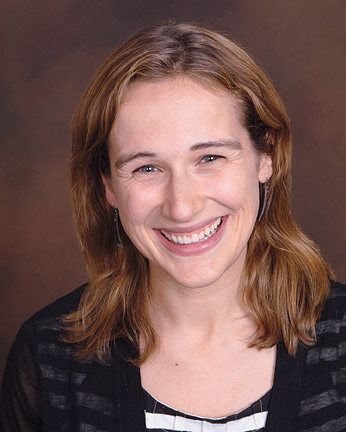 Under Galland’s direction, the site was flooded with petitions. Some groups wanted changes in their town’s local ordinances. Others sought action on global warming. People who used SignOn also joined MoveOn, and the petition site was credited with doubling the umbrella organization’s membership to 8 million by 2013, surprising even Galland, who had joined MoveOn in 2007. “It was wildly successful,” she says. “Well beyond what I thought was possible.”

Galland became executive director of MoveOn this January. Considered one of the country’s most powerful activist groups and credited with helping Obama win the last two presidential elections, MoveOn has become such a player in Washington that some members, Galland among them, believe it needs to get back in touch with its grassroots. Galland wants to duplicate the success of SignOn, which is now part of the MoveOn website as MoveOn Petitions.

Galland wants MoveOn members from around the country to have a stronger role in setting the group’s agenda by starting their own initiatives around such issues as the environment or school reform at the local and national level. MoveOn, meanwhile, will supply the digital infrastructure needed for members to circulate petitions, build followings, lobby politicians, and send out newsletters.

“Instead of a staff of thirty in D.C.,” Galland says, “let’s have millions of progressives empowered to fight for the changes they want to see.” With the rising influence of social media and other websites, Galland believes that a strong Washington presence has become less important, though she says MoveOn will continue its involvement in presidential and Congressional elections.

“We need to be able to fight on all these fronts,” she says. The mother of two-year-old twins, she herself lives not in Washington, but in Ann Arbor, where her husband is a professor at the University of Michigan.

You might say Galland was born with an interest in political reform. Her grandmother was the late Marion Galland, one of the first women elected to the Virginia House of Delegates, who sponsored some of the commonwealth’s earliest gun-control laws and worked to desegregate Virginia’s schools after the 1954 Brown v. Board of Education decision. Someone once shot two bullets through the window of her house.

“I made pilgrimages down to see her once a month,” says Galland, who grew up in Evanston, Illinois. “She was just tenacious—a huge heart and a fighting spirit.”

Galland got her own political start at Brown, where she was a history major active in the labor rights movement. A Royce Fellowship enabled her to work with Associate Professor of History Michael Vorenberg to study African American activism in the North during Reconstruction. After graduating, she worked for the American Friends Service Committee, helping to rebuild the Quaker organization's operations in New England.

It was during this time that she remembers going to an antiwar rally on the steps of the Rhode Island state Capitol in 2002, and being amazed by how many MoveOn members showed up. “I thought I knew every activist in Rhode Island,” she says, but MoveOn had used e-mail and the web to mobilize a network beyond what she thought possible. She soon joined the organization. Now her heart and fighting spirit are leading its charge.