As President Paxson prepares her strategy plan for the Corporation’s final approval at its October meeting, she has been quietly assembling her senior management team. Its new members include: 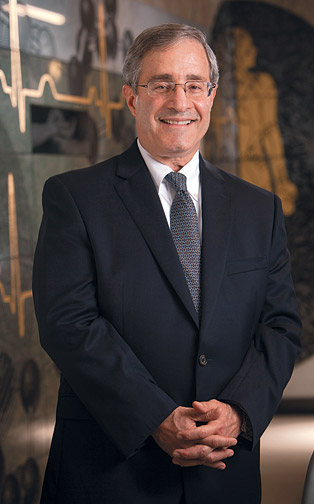 JACK ELIAS, dean of medicine and biological sciences. A physician-scientist specializing in immunobiology and pulmonary medicine, he chaired the Department of Medicine at the Yale School of Medicine and was Yale-New Haven Hospital’s physician-in-chief. He will lead five campus-based biology departments and the Warren Alpert Medical School.

NEIL SAFIER ’91, director and librarian of the John Carter Brown Library. Safier was associate professor of history at the University of British Columbia. His research includes early modern cultural and intellectual history and the history of science, focusing on eighteenth-century European empires and their overseas territories, especially in the Andes, the Amazon River region, and Brazil.

DAVID SAVITZ, vice president for research. He has been a professor of epidemiology in Brown’s School of Public Health and professor of obstetrics and gynecology in the Medical School. His office serves as a primary advocate for research, facilitates grant applications, manages research support and reporting, provides a variety of seed grants for promising proposals, and coordinates intellectual property efforts including patents, licensing, and business start-ups.

SONIA FEIGENBAUM, associate provost for international affairs. Previously director of international studies at the U.S. Department of Education, she oversees the newly reconfigured Office of International Affairs, where she will play a key planning and policy role in Brown’s international efforts.