When the Six-Day War broke out between Israel and much of the Arab world in 1967, I was teaching English in Tunis as a Peace Corps volunteer. People filled the streets waving Palestinian flags and chanting against Israel, Britain, and America. I followed a particularly noisy group headed for a Jewish neighborhood. Soon six or eight men shouting “Juive!”—Jew!—chased a young woman in a green dress like a pack of wolves. I ran to help her. Before I could, other Tunisian men came to her aid and escorted her out of harm’s way. 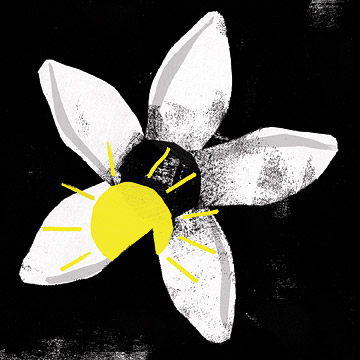 After that, I followed another mob. Soon, several angry, hard-eyed men accused me of being a hated “Américain.” I thought I was a dead man, but I was rescued by a young man who pulled me out of the encircling crowd.

For the rest of the afternoon I played it much safer, wandering the streets and watching from afar as several mobs burned down the local TWA airline office, the British embassy, and numerous Jewish shops. One mob sacked the city’s only synagogue.

That was the war’s first day. Amazingly, no one was killed and the fires were extinguished that night. The next day the police regained control of Tunis, and as news of decisive Israeli victories spread, a numbness fell over the city. A few days later the war was over and things returned to normal. To the government’s credit, it promised financial restitution to Jewish shop owners and arrested, tried, and convicted the men who’d organized the arson.

After my time in Tunisia, I traveled to other Arab countries and discovered how different each is. When I returned to America, I kept in touch with both ordinary Tunisians and, later, Tunisian diplomats. In the early 1990s, however, I grew so concerned about Islamist fundamentalists that I returned to Tunisia to do research on what, after many revisions, ended up as a novel. Finally published in 2009, A Witness in Tunis tells the story of an American who sees a young Arab Islamist murder a local Jewish businessman. During the ensuing police investigation and trial, the American’s life is threatened by a small group of Islamists. He eventually moves to France, but his friend, a scholarly French priest, is killed, and a woman in the American embassy sees her career destroyed when she becomes involved.
I chose to tell this story as a novel because I believed it was the best way to portray the complexities and ambiguities I knew existed in Tunis. I also felt that, except for the ruins of Carthage (just outside Tunis), Americans know and care so little about North Africa that they would never read a dry nonfiction account of what was happening.

However, soon after my novel appeared, the “Jasmine Revolution” grabbed America’s attention and changed Tunisia significantly. Islamists now are a majority party in the government instead of a hunted minority. Yet it’s unclear how deep the societal changes in Tunisia are. No one today—including Tunisians themselves—can predict what exactly will happen in the years ahead. Nonetheless, I think Tunisia, with its long history of moderation and tolerance, has a much better chance than other Arab nations in establishing democracy. I believe Tunisians will find a way to blend secular and Islamist politics while retaining the basic human decency that rescued that woman in the green dress from the tiny band of wolves who inspired my novel.

J. P. (Phil) Jones lives in Washington, D.C., and has just completed a novel, Convictions, about politics and race relations in a criminal investigation in D.C.

Reader Responses to The Jasmine Revolution