When Disgraced, the 2013 Pulitzer Prize–winning play by Ayad Akhtar ’93, was staged at Lincoln Center in 2012, Heidi Armbruster and Aasif Mandvi starred as a successful Upper East Side couple whose affluence and progressive beliefs are a thin cover for the more primitive and complex  feelings the play gradually exposes. In the New York Times, Christopher Isherwood called Disgraced “a continuously engaging” play about identity and religion, “with an accent on the incendiary topic of how radical Islam and the terrorism it inspires have affected the public discourse.” The play opens a run at Broadway’s Lyceum Theater on September 27. 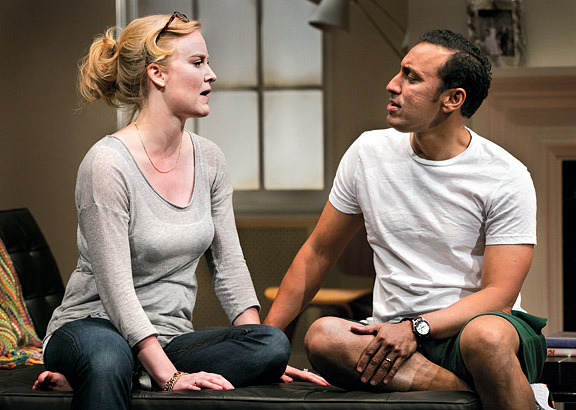