Women’s crew placed third at the NCAA Division I Women’s Rowing Championships in May, including a silver in the varsity-eight race, a sixth-place finish in the second varsity, and a fourth-place showing in the varsity four. At the 175th Henley Royal Regatta in July, the men’s crew freshmen eight advanced to the finals of the Temple Challenge Cup, and the varsity eight advanced to the semifinals of the Ladies’ Challenge Plate. In May the freshmen eight earned bronze at the IRA National Championships and gold at the EARC Eastern Sprints, while the varsity eight won silver at the IRAs and Eastern Sprints. 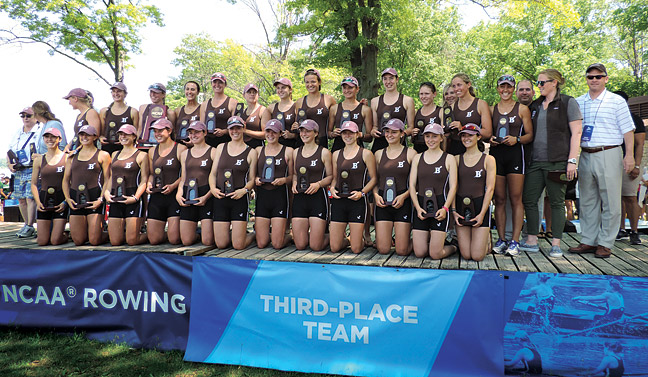