Aided by three scores from Henry Fox ’15 in the Collegiate Water Polo Association (CWPA) championship game, Brown topped Princeton, 7–6, on November 23 to earn the conference’s automatic bid to the NCAA Championship. It was the team’s first CWPA title since 1985 and its first NCAA bid since 1990. At the NCAA Championship play-in game six days later, the Bears lost to UC San Diego, 12–7. 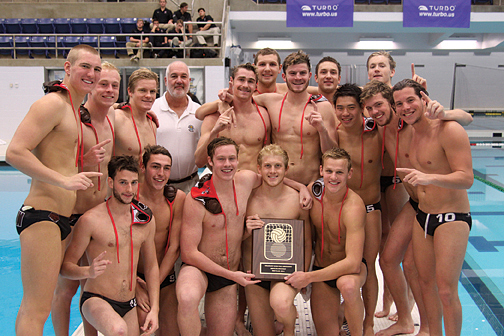 Reader Responses to Making a Splash