A Fragmented Continent: Latin America and the Global Politics of Climate Change by Guy Edwards and J. Timmons Roberts (MIT Press) Latin American countries have emerged as a crucial group in UN climate change negotiations, and this scholarly but readable book examines the tangled politics behind that trend. The authors look at how these nations attempt to balance economic growth with environmental action, and why some countries are willing to take bold steps while others are not. Edwards is a research fellow at the Institute for Environment and Society, and Roberts is Ittleson Professor of Environmental Studies and Sociology, both at Brown.

The Givenness of Things by Marilynne Robinson ’66 (Farrar, Straus and Giroux) In this wide-ranging collection of seventeen essays, Robinson, who won the Pulitzer Prize for Gilead, plumbs some of the same themes from her earlier works. She meditates on humanism, takes on questions of faith and mystery, looks at the element of grace in Shakespeare, and explores the power of the Protestant Reformation and the deep generosity of Christianity. But you don’t have to be up on John Calvin or Jonathan Edwards to enjoy the graceful spring of Robinson’s sentences or the clarity of her witty and eloquent voice. 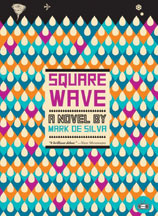 Square Wave by Mark de Silva ’00 (Two Dollar Radio) In a dystopian near-future urban America, Carl Stagg, the hero of Mark de Silva’s debut novel, is a historian writing about imperial influence in seventeenth-century Sri Lanka. Working as a watchman to pay his rent, Stagg one night discovers a viciously beaten prostitute and tries to track down her attacker. Philosophy concentrator de Silva, who has written for the New York Times, weaves in flashbacks to Sri Lanka in the 1600s and subplots involving weather modification and microtonal music.

Living With Intent: My Somewhat Messy Journey to Purpose, Peace, and Joy by Mallika Chopra ’93 (Harmony).

Brilliant Beacons: A History of the American Lighthouse by Eric Jay Dolin ’83 (Liveright).

Love the House You’re In: 40 Ways to Improve Your Home and Change Your Life by Paige Cokos Rien ’97 (Roost Books).

Cases I Have Lost and Other Injustices by Mordecai Rosenfeld ’51 (Poetica Publishing).

Dreams of a Mexican: 27 Years Illegal by James P. White ’73 AM and Roberto Hernandez (CreateSpace).

The Pact With the Devil by Robert J. DeLuca ’66 (Archway Publishing).

The Girl in the Glass: A McCabe and Savage Thriller by James Hayman ’63 (Witness Impulse/HarperCollins).

Toys Made of Rock (Canto Cosas) by Jose B. Gonzalez ’91 MAT (Bilingual Press).