Out of the Spotlight

Outgoing Chancellor Thomas J. Tisch ’76 and artist Matthew Watson were all crossed arms and smiles at the unveiling of Watson’s portrait of Tisch, which will be installed in Sayles Hall. Tisch, who led the Corporation for nine years, formally stepped down during the Corporation’s business meeting on May 27.  At a dinner honoring Tisch the night before,  President Christina Paxson praised his “wise advice and brilliant ideas,” especially during the 2008 financial crisis, and noted his generosity and humility. “Although Tom’s name does not appear on any University building or endowed professorship,” she said, “he and Alice are the largest benefactors to Brown.” 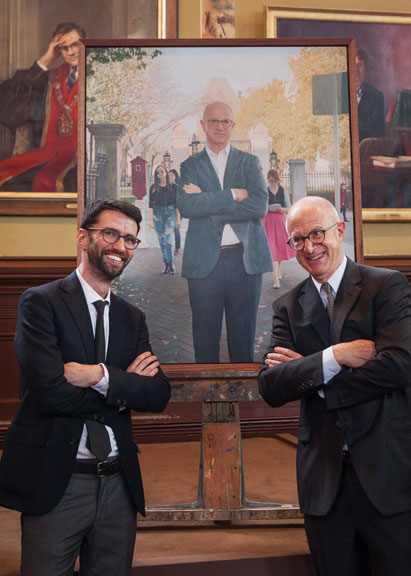 Reader Responses to Out of the Spotlight