Cole Ray Davis grew up in a tiny town in rural North Carolina where, as he describes it, “church is the way of life for a lot of people.” Like most in the town, he considers himself an evangelical Christian. Unlike perhaps anyone else in the town, Davis is transgender. A new documentary follows his journey over several years as he makes the transition from an outspoken lesbian known to everyone as “Spazz” to a young man struggling to make it in a community that’s the only home he’s ever known.

Deep Run, produced by Christopher Talbott ’93, is a quiet, intimate film that follows the small moments in Davis’s life: Spazz falls in love and graduates from high school, and then Cole establishes a new relationship and makes his way as an adult. Named for the town where Davis grew up and still lives with his girlfriend, Deep Run is a portrait of both one life—Davis’s— and a way of life. 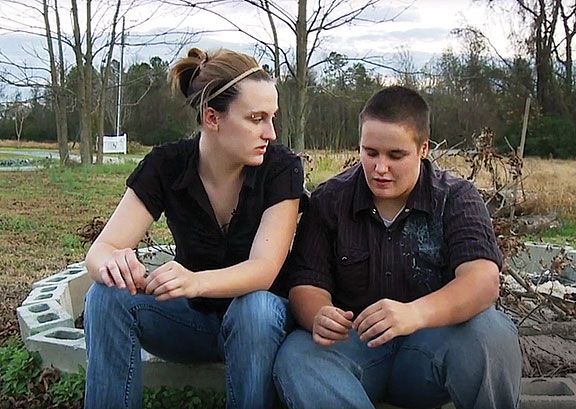 Cole Ray Davis (right, with girlfriend Ashley), the subject of Deep Run, is an evangelical Christian who lives in a Southern town and also happens to be transgender.
Deep Run is the type of town the phrase “traditional values” was coined to describe. Millennials like Cole and his friends carry this mantle forward, attending church and staying close with their families. And yet they challenge it, too.

“Even if they consider themselves evangelical in other ways, they don’t have the same issue with LGBT issues,” says Talbott. Until this historical moment, he adds, “the thing to do is, you leave, you go to the big city to be you.” In 2016, “there’s just enough openness that gay kids ask, ‘Why do I have to leave? I can be me right here.’”

Davis’s mother emigrated with him from Canada when he was twelve, and in his early twenties he remains undocumented. The film layers his efforts to be openly himself on top of his struggle to make a living and build a stable life with what erratic under-the-table work he can find.

Talbott explains that Deep Run’s director, Hillevi Loven, a longtime friend, initially set out to make a film about the subculture of grunge-punk evangelical rock bands. While on tour with one of these bands, Loven met Davis at a show in Deep Run, and her focus changed. Here was a sixteen-year-old evangelical punk lesbian fighting to start her high school’s first gay-straight alliance deep in the Bible Belt. Loven zeroed in on this magnetic personality. 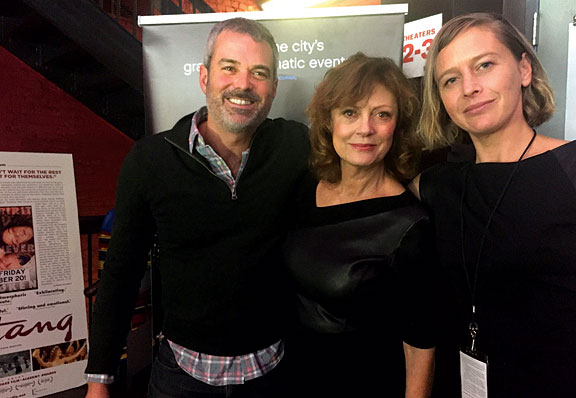 “He’s got a charisma about him,” Talbott says. “That kind of southern dude charisma.” Even as Davis was gay-bashed and ostracized in high school, she was also beloved and voted “most spirited” at graduation. “Landslide!” she tells a friend in the film, with a laugh. “There were two other people in the category. They got ten votes each. I got 170.”

In the film, Davis’s circumstances evoke a palpable loneliness, and his path seems only to offer dead ends: a run-down rental house, low-wage off-the-books work, churches where he has to hide his true self to feel safe. Yet, at the same time, Davis and his partner, Ashley, have a community of friends, including queer people of all ages, who have managed to flourish in a place that is more accepting than it seems on the surface.

Reader Responses to Different at Home