RaMell Ross, a professor of practice in the visual arts department, spoke this fall about his photo series, “South County, AL.” Ross, who is African American, was raised in a mostly white area of West Virginia. So his first photographs of black people in small-town Alabama told literal stories from an outsider’s perspective. With this project, he tried to change that, creating complicated pictures that don’t pretend to tell a story—you have to make one up. 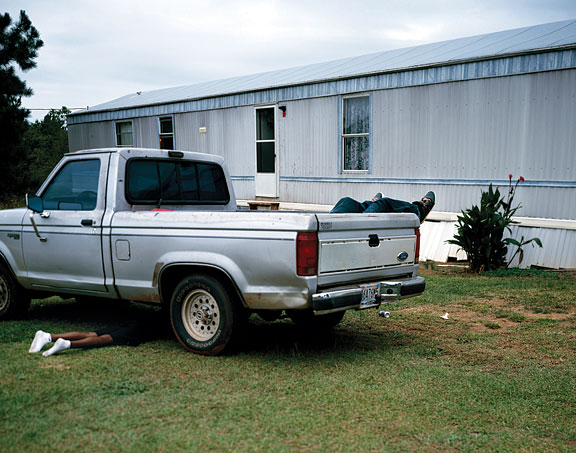 Reader Responses to From the Outside