The Gefilte Manifesto: New Recipes for Old World Jewish Foods is a bold new cookbook by Jeffrey Yoskowitz ’07 and his business partner, Liz Alpern, who both worried that such comfort foods and the traditions behind them might be lost with their grandparents’ generation. Five years ago Yoskowitz and Alpern established The Gefilteria in New York City to produce gefilte fish for stores. After expanding into pickles, borscht, and other items for New York’s outdoor markets, they began catering pop-up meals around the country. The Gefilte Manifesto contains stories and updated recipes for such staples as brisket, kugel, and latkes. 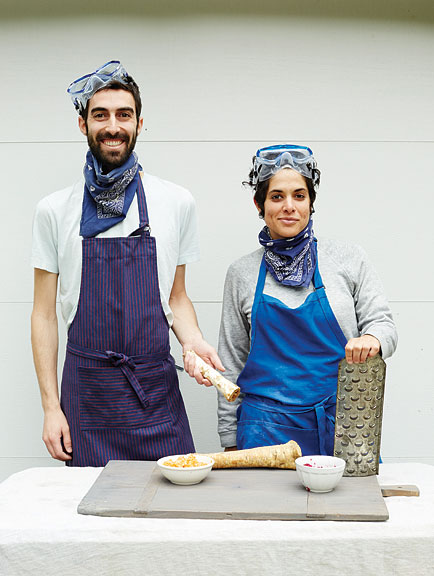