Wondering what might happen if Obamacare is repealed or reformed? What, for example, is going to happen to the 20 million Americans who have health insurance coverage thanks to the Affordable Care Act (ACA), as Obamacare is more formally known? Ten Brown faculty members who are experts in medicine, public health, public policy, political science, health services, and sociology have been pondering this question, and their commentaries are posted on the websites of the University’s School of Public Health, the Watson Institute for International and Public Affairs, and the School of Professional Studies Executive Master of Healthcare Leadership program (EMHL). Here’s a summary of what they have to say. 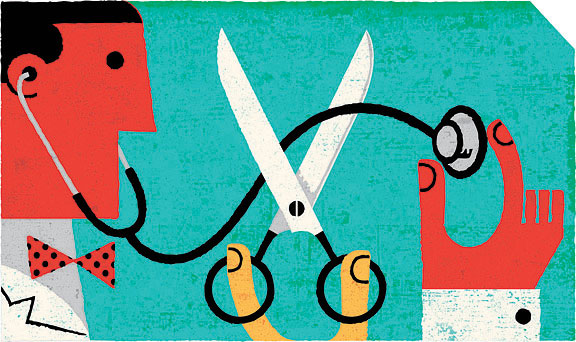 Jim Austin, a faculty member in the Brown EMHL program and a principal at Decision Strategies International, discusses two areas he hopes the Trump administration and Congress will consider as they seek to reform or replace the ACA: (1) high deductibles that lead patients to avoid paying for needed care and force hospitals to decide between writing off the loss or denying care, and (2) insurance availability, particularly in rural areas where individual insurers are few.

Margot Jackson, a Watson Institute Faculty Fellow and an associate professor of sociology, notes that “the strongest effects of an Obamacare repeal would perhaps be on adults living in Republican states.” That group has “been most likely to gain insurance via Obamacare,” she explains, “because they were previously less likely to qualify for Medicaid or other state programs for individuals with low incomes or preexisting conditions.”

Despite the positive effects of the ACA, its beneficiaries “are struggling to pay rising deductibles at a time when they have seen their wages stagnate or decline,” according to Eric Patashnik, the Julis-Rabinowitz Professor of Public Policy and a professor of political science at Watson. The program’s at risk because, among other things, it is “not perceived as a broad middle-class entitlement.” Yet, Patashnik says, “there is no easy way to keep the popular parts of the ACA while jettisoning the unpopular parts.” He predicted that repealing subsidies and penalties in the ACA while retaining reforms like the ban on the exclusion of preexisting conditions could cause insurers to leave the marketplace altogether.

Vincent Mor, the Florence Pirce Grant University Professor and a professor of health services, policy, and practice, looked at ACA-related institutes that may be affected. He identifies the Patient Oriented Outcomes Research Institute at the National Institutes of Health as susceptible to defunding because of Republican discomfort with policy-oriented research.

Other faculty experts considered potential health inequalities, how the repeal would affect persons living with HIV, the prospects for women’s health care, and what might happen to Medicaid. To read all ten commentaries, visit the three sites mentioned above by linking through brown.edu.

Reader Responses to Life After Obamacare?