By Norman Boucher / January/February 2017
January 3rd, 2017
Fall sports is first about football, and, despite some stellar play by a handful of seniors, the Bears wound up with a 4–6 overall record in 2016, 3–4 in Ivy League competition. The defense and the offensive line were particularly strong, with six seniors receiving All-Ivy honors. 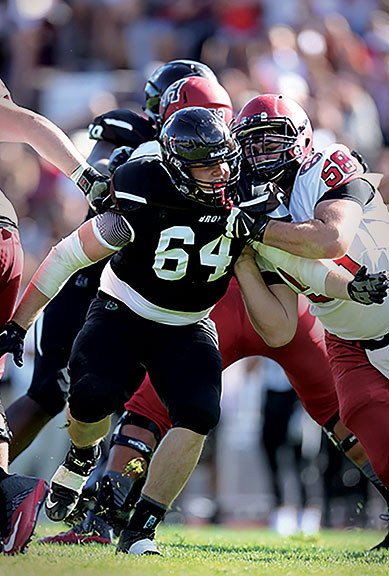 David Silverman
The Bears ended the 2016 season with a 4-6 overall record.

Linebacker William Twyman ’17, one of three seniors named to the All-Ivy first team, ended his college career with 200 career tackles. The six-foot-one, 250-pound Twyman tallied ninety-six tackles in 2016, good enough for second in the Ivy League. He also finished first in fumbles recovered and was a star of the Bears’ 28–21 home win over Cornell on October 22, in which he had seventeen tackles, eight of them unassisted.

Defensive end Richard Jarvis ’17 and linebacker Max Tylki ’17 were two other defensive standouts. Jarvis, who finished his time playing for the Bears with 101 tackles, had sixty-five in his final season. Despite an injury that reduced his playing time, Tylki made forty-four tackles, including twelve solo tackles in Brown’s 24–21 victory over Dartmouth.

On the other side of the football, the offensive line was a major factor in Brown’s ability to average 188 passing yards and 127 rushing yards per game. For the second year in a row, Dakota Girard ’17 and Matthew Girard ’17 (no relation) were named to the All-Ivy second team. With the loss of so many outstanding seniors on offense and defense, head coach Phil Estes will have his work cut out for him naming his 2017 starters. 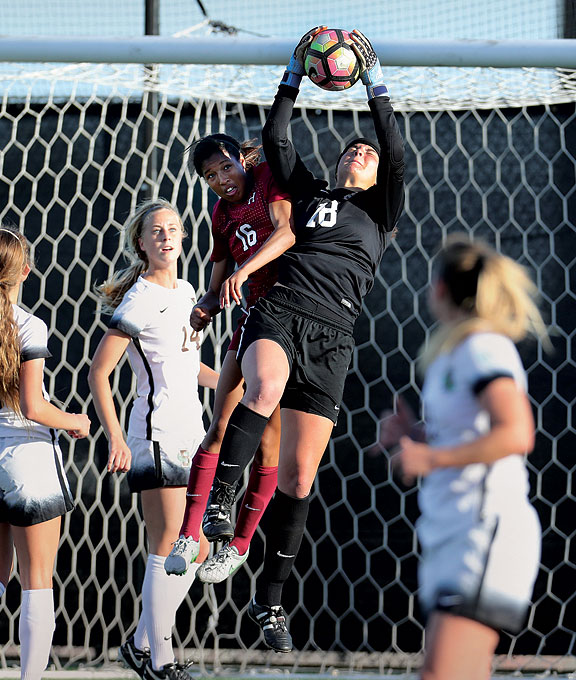 In other sports last fall, women’s soccer under first-year head coach Kia McNeil finished second in the Ivy League with a 4–1–2 record (9–2–5 overall). Goalkeeper Christine Etzel ’19 was the team’s star anchor, and the Ivy League recognized her play by naming her Defensive Player of the Year. Etzel, along with fellow standouts midfielder Carly Gould ’17 and back Maclain Lehan ’18, were named to the NSCAA All-Mid-Atlantic Region team, Gould and Etzel as first-team selections and Lehan as a second-team pick. With three selections, Brown tied for first in the region and led all Ivy schools.

Out of the limelight, men’s water polo had yet another outstanding season under head coach Felix Mercado, who was named Coach of the Year by the Northeast Water Polo Conference (NWPC). The team put up a 22–8 overall record, winning its third straight conference championship. Goalkeeper Luke Weiser ’17 was named the NWPC Player of the Year, while Yahel Murvitz-Lahav ’17 and Jake Wyatt ’17 were chosen as All-America honorable mention athletes by the Association of Collegiate Water Polo Coaches.