A Diaper and a Scotch

Although Michael Rothman ’03 has acquired many skills on the road to becoming a digital-media start-up guru, perhaps none is more impressive than his latest publication’s ability to track down an expert. 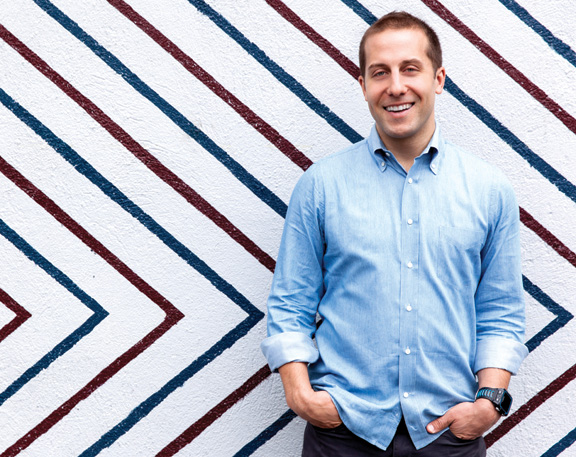 Michael Rothman tried to tease out the next cultural trend for digital publishing– and he seems to have succeeded.

“Our idea was to focus on evidence-based, expert-driven content, often leveraging dramatically overqualified people to offer practical advice,” says Rothman, who insists he is shunning transitory “clickbait” for building a steady, loyal audience of young dads. That approach had attracted $2 million in seed money from the likes of Lerer Ventures and the Knight Foundation as well as sponsors that include Johnson & Johnson and Dewar’s scotch. And Fatherly on Facebook now tallies 500 million page views per month.

Rothman’s quest to find the Next New Thing traces back to his undergraduate days at Brown. He says various internships, from scriptwriting for TV’s Conan O’Brien to working on Capitol Hill, left him in search of something else—until he discovered entrepreneurship. With classmate Casey Caplowe ’03, he created a prototype of a glossy print magazine on the topic of “celebrations” that placed second in the University’s New Ventures competition—and he got bitten by the publishing bug. While Caplowe went on to cofound the critically acclaimed GOOD magazine in 2006, Rothman sought web clicks as one of the first employees at the irreverent, entertainment-oriented Thrillist.

The commercial success of Thrillist (whose parent company recently created a $100 million deal with Discovery Communications) provided Rothman with an array of business contacts as he pondered the next cultural trend. Watching a round of thirtieth-birthday parties and birth announcements sweep through the office at Thrillist made the answer seem obvious.

“Nobody was talking to them,” Rothman says. He and cofounder Simon Isaacs came to believe that—despite a raft of successful so-called “mommy blogs”—no one had yet bottled the formula for a daddy site that would draw in young dads who change diapers but then knock back high-end scotch after the baby is down for the night. Rothman and Simon launched Fatherly in early 2015.

But there is one type of experience Rothman doesn’t bring to the project: parenting. He readily admits that—having recently broken up with a girlfriend—he’s not even close to taking the plunge himself.

Reader Responses to A Diaper and a Scotch