Danny Rubin ‘79, who cowrote the 1993 cult-classic film Groundhog Day with Harold Ramis, has teamed up with the creators of the international hit Matilda the Musical to bring it to the Broadway stage. Directed by Matthew Warchus, and with music and lyrics by Tim Minchin, Groundhog Day had a successful ten-week run last summer at the Old Vic Theatre in London (the Guardian called it “fantastically smart, clever, and witty”). The production stars two-time Tony nominee Andy Karl as Phil Connors (Bill Murray’s role in the film), the Pittsburgh TV weatherman who, day after day, is forced to relive his assignment to cover Groundhog Day in Punxsutawney, Pennsylvania. Previews begin at the August Wilson Theatre in March. Learn more at groundhogdaymusical.com. 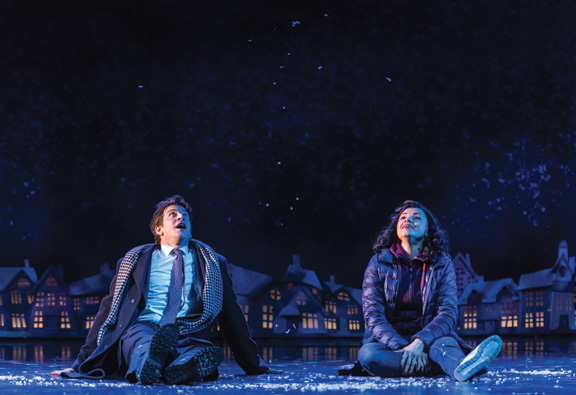