“Do the kids need to be bundled up? What’s the visibility?” 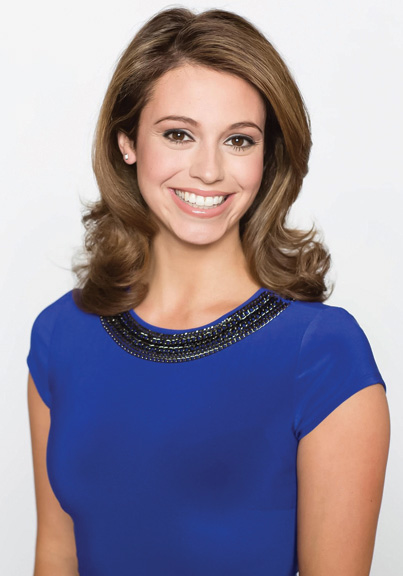 During the winter months, with snow piling up and frigid winds blowing in from Lake Michigan, Chicago commuters turn to meteorologist Cheryl Scott ’07 with even greater attention than usual. At such times Scott, a weekday meteorologist for Channel 7, the Windy City’s ABC affiliate, might be popping up on air for hours, telling viewers how much snow has accumulated and, more importantly, when the storm might end.

Her days start with science: “When I go into work,” she says, “I look at a bunch of different long- and short-range ‘weather’ models of the atmosphere, and I make my forecast based on my interpretation.” Only then does she give a “clear and concise” forecast. In extreme cases, her updates are vital to keep viewers out of harm’s way. She was a meteorologist in Knoxville, Tennessee, during the so-called “super outbreak” of tornadoes in April 2011. Spanning three days and 21 states, 358 twisters were confirmed during that time. In Scott’s area, 50 tornadoes killed two dozen people. “It put into perspective how important my job is to saving lives,” she says. “We’re relaying vital information at the time when people really need it.”

Soon after witnessing the tornado’s destruction, which led to her ongoing involvement with the Red Cross—she’s on the board of directors of the American Red Cross of Greater Chicago—Scott accepted a weekend position at Chicago’s NBC station. For an ambitious weather forecaster, landing a job in Chicago, the nation’s third largest television market and the site of intense weather changes, is a dream. “I don’t think I could work anywhere where the weather isn’t as active,” she says. “All the meteorologists here are here for a reason—Chicago’s severe winters.”

Scott credits an elementary school screening of The Wizard of Oz, with the tornado’s upending of Dorothy’s life, for first triggering her interest in weather. In her eighth grade yearbook, she says, she noted that she wanted to be a meteorologist. At Brown, where Scott was recruited for the track team (she was a sprinter and long jumper), she majored in geological science—meteorology was not an option—and was a self-described “science nerd.” She then got her meteorology certification from Mississippi State.

No amount of schooling, though, could prepare her for delivering live forecasts, Scott says. Her first break came from a station in Erie, Pennsylvania, that hired her even though the only journalism experience on her résumé was an internship that didn’t include any on-camera work. Scott practiced by recording weather reports on VHS tapes, watching each segment multiple times, and then muting the volume and reciting her own forecasts in the confines of her apartment.

Scott has become a popular public figure in the Chicago area—she has more than 100,000 followers on her Facebook, Twitter, and Instagram accounts. Still, blow a forecast, she says—which happens to all meteorologists from time to time—and just watch how the critics react. Viewers tend to underestimate the extent of her science training, perhaps because of her gender.

“People say ‘Oh, she’s just a cute face.’ But my job goes way beyond appearance,” Scott says. “You have to be able to back it up.”