Ask, Tell, Mobilize
No one has worked harder for military acceptance of LGBT people than Aaron Belkin. 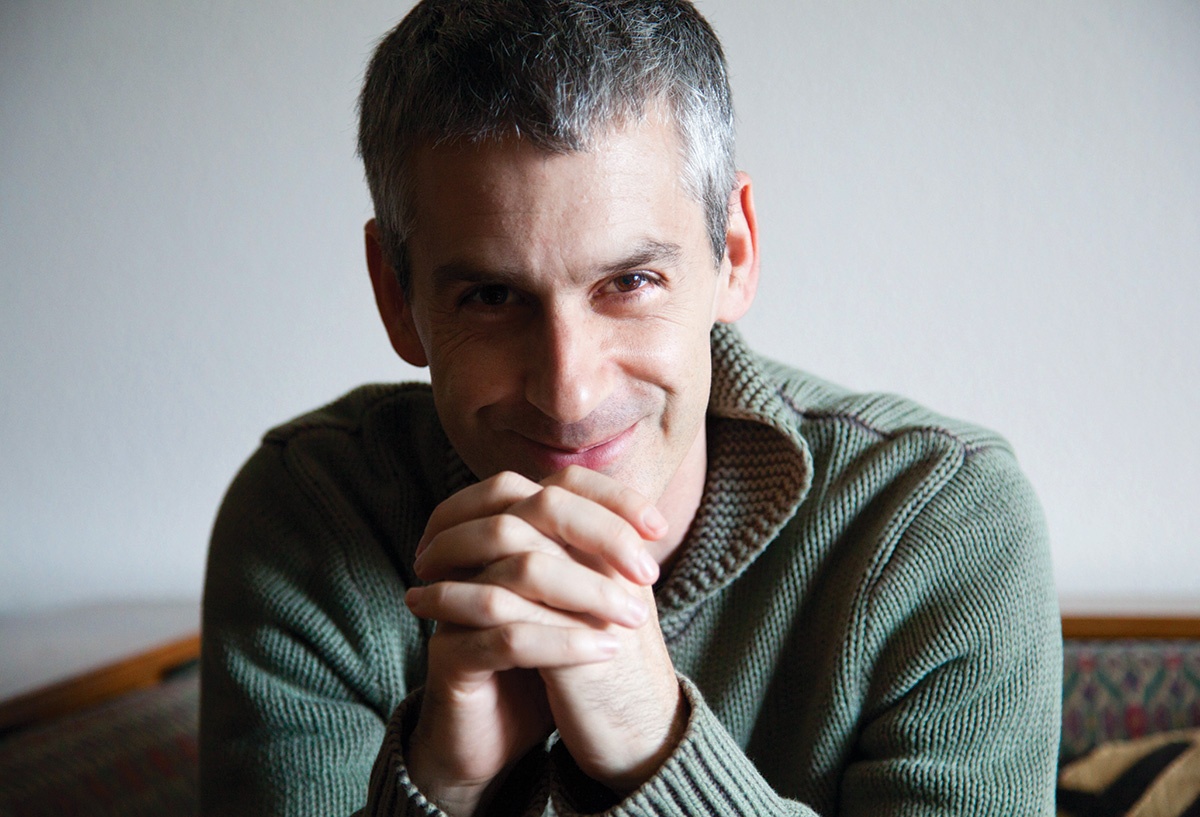 For Aaron Belkin ’88, the country’s leading authority on—and advocate for—LGBT U.S. armed forces personnel, it all began with a chance find at the Brown Bookstore during his freshman year. Drawing his attention that day was a shelf packed with tomes for a course on military affairs. “Why would anybody join an organization where you might have to give up your life?” he wondered.

In 1999 Belkin launched the San Francisco–based Palm Center, which is the leading independent research center on sexual minorities in the American military. The Palm Center is widely credited as responsible for shifting public opinion toward allowing openly gay and transgender troops to serve.

Belkin says his fascination with the military was tempered from the start by the knowledge that, as a gay man, he would have been barred from serving. Even though he concentrated in international relations at Brown and studied nuclear conflict at the Watson Institute, he didn’t think to focus on gays in the military until 1993, when President Bill Clinton initiated the “don’t ask, don’t tell” policy that kept gay soldiers in the closet.

“It was a very homophobic time,” Belkin recalls, “and people in that debate said the most vicious things about gays and lesbians. It hit me in a visceral way.” The Palm Center, which Belkin helped launch after moving west to attend grad school at Berkeley, uses state-of-the-art research to puncture myths about gay and lesbian troops, about their impact on military unit cohesion, and about the costs of allowing them to serve.

Belkin cites several mentors during his Brown years—most notably, former president Howard Swearer, for whom Belkin was an assistant at the Watson Institute—for showing him that evidence developed from research could become a powerful tool to sway public opinion. That influence helped Belkin turn the Palm Center into a force that—after don’t-ask-don’t-tell was reversed—was already increasing public support for the seemingly thornier issue of transgender troops. It was again the Palm Center’s research that undercut critics’ arguments. Belkin said he’s not fazed by President Trump’s tweeted opposition to transgender troops. “The key,” he says, “is doing the exact same thing we’ve been doing for 18 years: report the data—and keep reporting the data.”