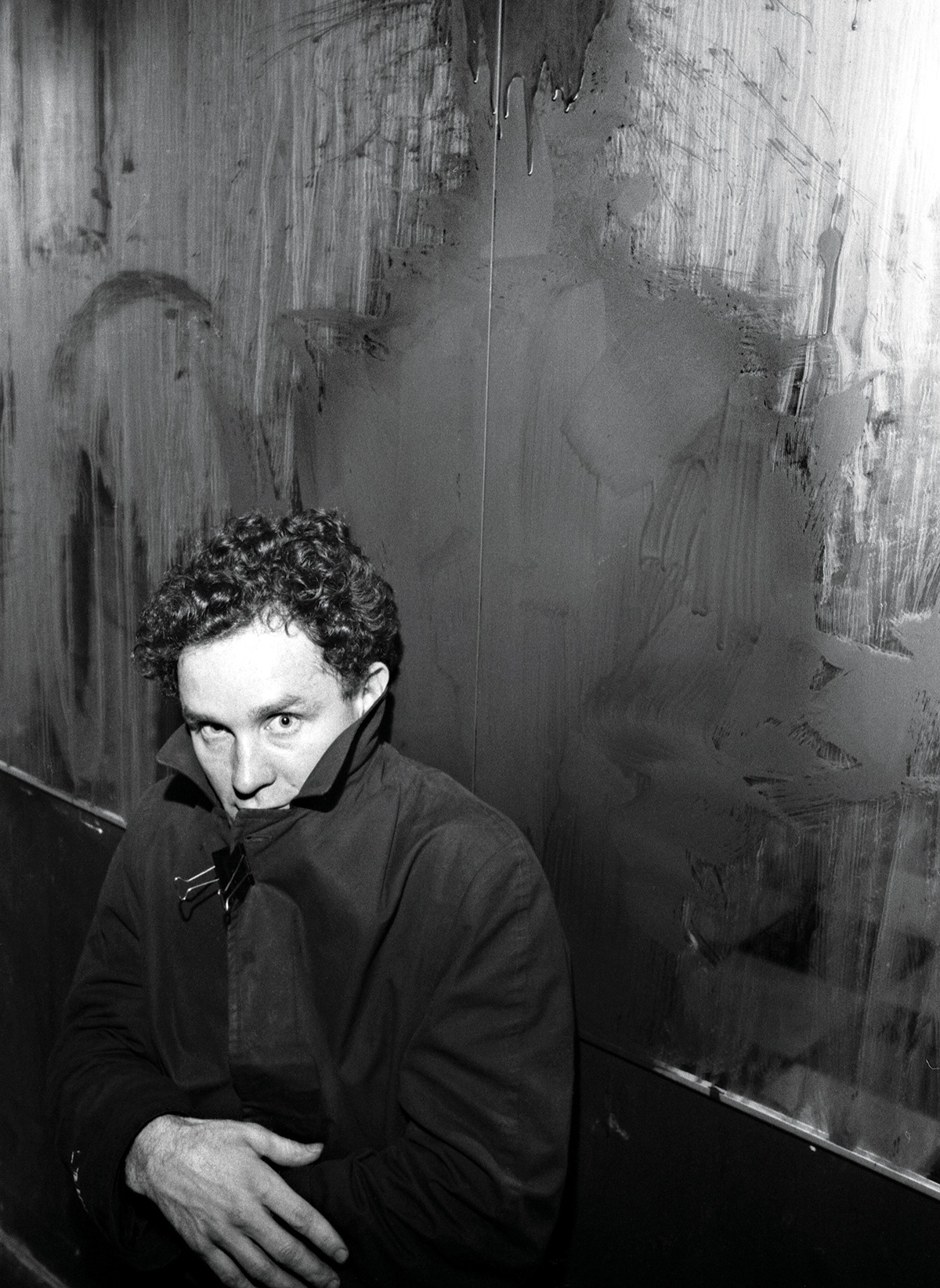 Richard Hambleton with of one of his paintings in LA circa 1986.Photo: Ben Buchanan

In 1979, Jacoby was a newly minted college graduate living in the newly minted neighborhood of Tribeca. Walking the streets of lower Manhattan that year, he noticed a series of shadowy silhouettes splashed in vigorous paint strokes across alleyways and street corners.

“They really had a huge impact on me,” he says.

The figures were the work of up-and-coming Canadian artist Richard Hambleton, who had already made headlines throughout the 1970s for creating public artworks in major cities across North America, such as one series that involved staging fake murder scenes.

But it wasn’t until 2009 that Jacoby finally learned Hambleton’s name. A longtime producer and director, Jacoby has worked on more than 20 documentary projects exploring everything from jazz giant Duke Ellington to the world’s largest art heist. At a photographer friend’s urging, he attended a New York art show where he recognized the mystery artist’s work.

Jacoby sought out Hambleton at his studio days later. Footage from that meeting served as the starting point for Shadowman, which traces the often baffling career of a brilliant but contrarian artist.

Hambleton had not aged well. By the time Jacoby met him, decades of hard drug use and resulting homelessness had taken its toll. But as Jacoby dug into his past, he discovered that Hambleton had once been a rising star in the art world of 1980s New York. His canvases had commanded prices that equaled or exceeded those of the now-iconic Keith Haring and Jean-Michel Basquiat. As one of the earliest artists to mine the conceptual potential of street art, he is considered a precursor to the graffiti phenom Banksy—a debt the ever-elusive Banksy acknowledges, through a representative, in Jacoby’s film.

Despite his declining health, Hambleton attended the premiere of Shadowman; a few days later, the difficult-to-contact artist wrote his first-ever email to Jacoby. “He said ‘Thank you for making the film,’ which blew me away,” Jacoby reports. “I couldn’t believe it.”

Just months later, Hambleton died at age 65. “He kept painting all the way up until the end,” Jacoby says.