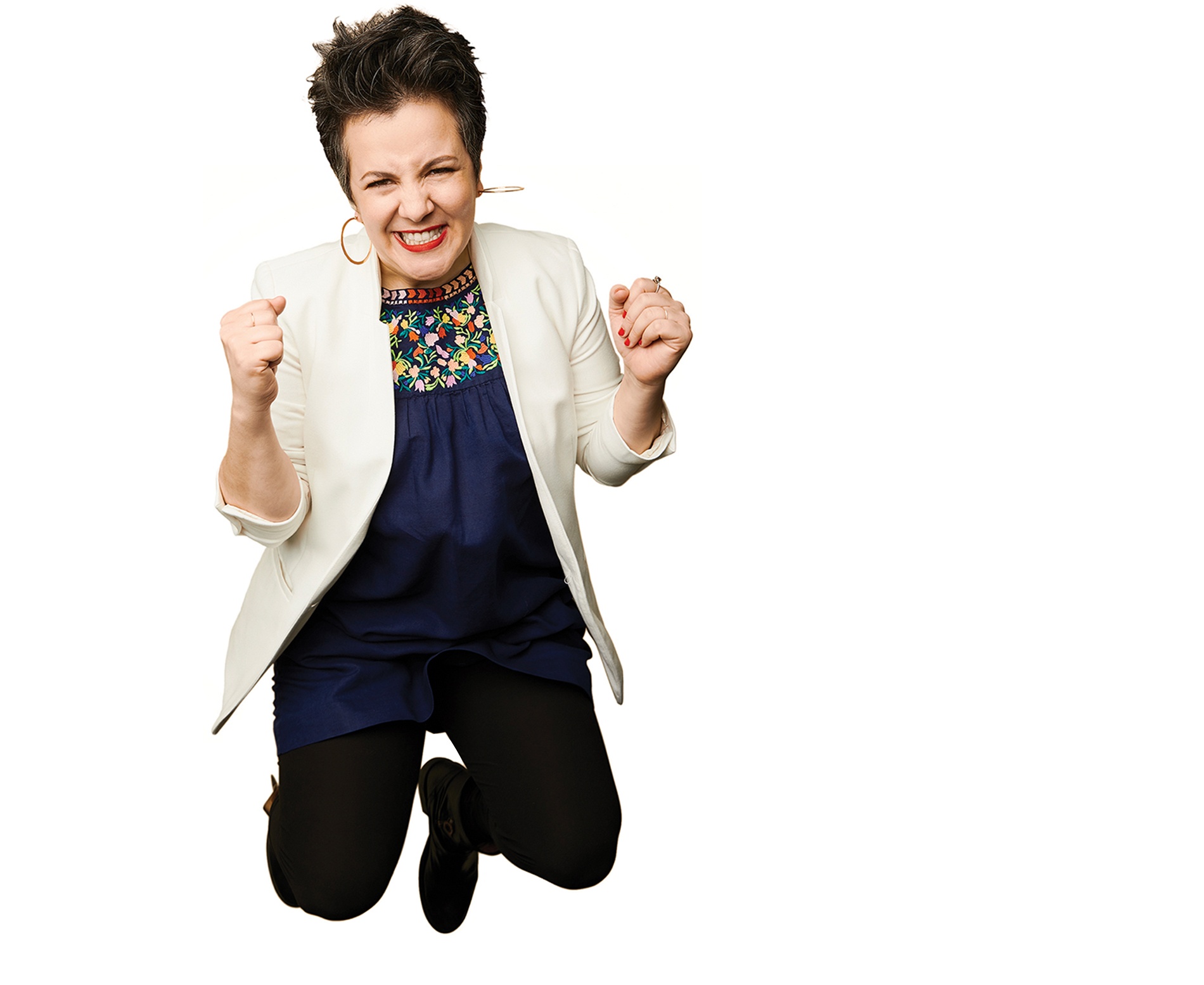 After 14 years at New York’s Public Theater, most recently as director of producing and artistic planning, Maria Manuela Goyanes ’01 succeeded co-founder Howard Shalwitz ’74 MAT as artistic director of Washington, D.C.’s Woolly Mammoth in September. The 2019-20 season will be the first she plans at Woolly, which Goyanes called “one of the most radical and principled theater companies in our field.” Roughly 40 percent of Woolly productions since the company opened in a church parish house in 1980 have been U.S. or world premieres. At the Public Theater, Goyanes helped produce the initial off-Broadway runs of Lin-Manuel Miranda’s Hamilton and David Byrne and Fatboy Slim’s Here Lies Love, among other breakout productions. She was also executive producer of Obie Award–winning playwrights collective 13P.

Raised in Queens by parents from the Dominican Republic and Spain, Goyanes received the Susan Ross Steinfield prize at Brown, where she studied with Oskar Eustis, the Public’s artistic director since 2005, and Pulitzer Prize–winner Paula Vogel. Upon graduating, she became associate producer at Providence’s Trinity Rep under Eustis.

Irving Fain ’02 grows crops with less water, no pesticides, no dirt. Tended by algorithms and robots, pollinated by modified bees, and overseen by just a few humans in white suits, his vertical farms may be the answer to food security.
Ever True