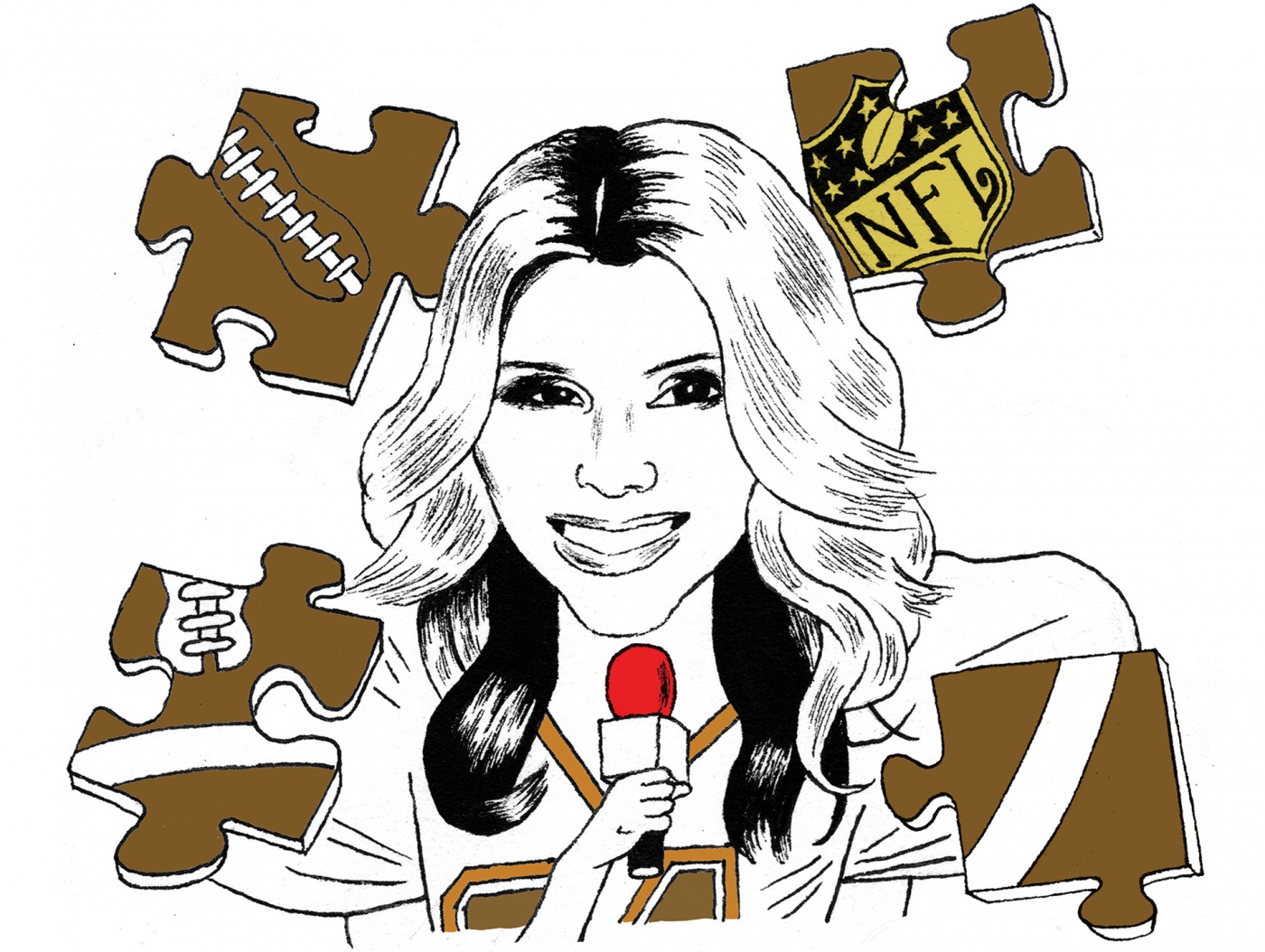 Liz Loza told the New York Times that her wedding vows included a promise to beat her husband at fantasy football.illustration: andy friedman

When Liz Loza ’01 was growing up in Chicago her mother worked long hours as an attorney, so she was raised by her grandfather, who exposed her to sports—watching the Cubs with her in the afternoon while she did her homework, and the Bears on the weekend. When he passed away suddenly during Loza’s freshman year at Brown, she was devastated. “I spent that whole month-long Christmas break watching football,” she says. “It was what I did to cope and heal.”

From that homage to her grandfather Loza developed a passion for the game, which has since turned into a career. She currently works as a fantasy sports analyst for Yahoo Sports, for which she creates daily content, including articles, podcasts, videos, and live shows, analyzing “everything from coaching changes to player injuries.”

A double major in theater arts and anthropological linguistics at Brown, Loza discovered fantasy football while pursuing an acting career in Los Angeles. Her then-boyfriend, now-husband Joel Begleiter ’98 played with other Brown alums in a fantasy league called Ever True, putting together their own virtual teams based on the stats of real NFL players. “I was hooked,” she says. “This was choose-your-own-adventure football.” She began advising him, helping him to win the league’s Super Bowl before winning with her own team the next two years in a row.

Her success had her asking why there weren’t more female analysts in the pastime, especially since more than 40 percent of NFL fans are women. Loza slowly worked her way up, appearing on SiriusXM and Scout.com before landing her current gig at Yahoo in 2015. She appreciates the intellectual aspect of the sport, which she says challenges her to use the analytical skills she learned at Brown. “A friend calls it ‘contact chess,’” she says.

As one of the few women in the industry, she gets a disappointing share of trolling. “I have a keychain that says, ‘Never Read the Comments,’” she says. But she’s able to hold her own in the male-dominated field, and has developed an ardent following. She’s a cast member of the online show Fantasy Football Live, which won a 2017 award from the Fantasy Sports Writers Association. “We had a caller last year who said he watches the show with his daughter, and thanked me for being a positive female role model,” she says. Then the daughter got on and asked her question. “Things like that make your year.”