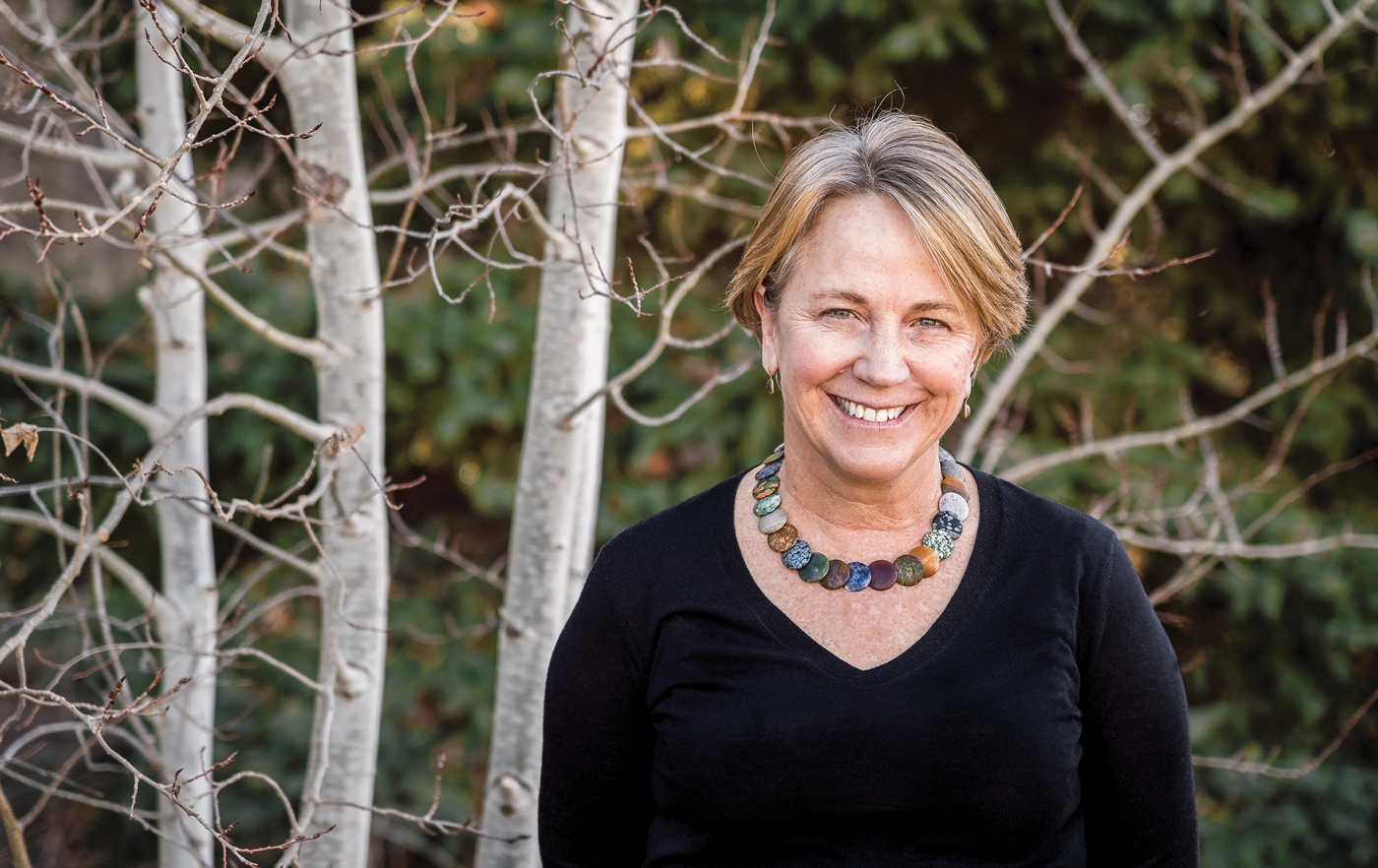 The time she spent at Brown immersing herself in the grassroots culture of the Urban Environmental Laboratory and diving into its Environmental Studies program launched Beth Conover ’87 on a remarkable professional and personal odyssey. Her work at the crossroads of environmental policy and community development has taken her to the forests of Zimbabwe for restoration work and to the plateaus of the Grand Canyon to promote community conservation.

Now she has been tapped to lead a new policy center at Colorado State University’s School of Global Environmental Sustainability: the Salazar Center for North American Conservation (named after environmentalist Kenneth Salazar, the former U.S. Senator and Secretary of the Interior). Salazar’s vision for the center is “To drive a 21st century agenda for conservation in North America by improving the links between scientific research, policy development, and conservation decisions and practices.” As director, Conover will focus on big issues like land, water, and climate. “Climate is a cross-cutting theme,” she says on CSU’s website. “We will also be examining environmental equity, engaging new audiences and empowering young leaders.” Conover says the center “is a bit unusual in that it is focused on impact rather than research alone, and on translating the riches of the university into resources for practitioners and communities on the ground, across political boundaries, from Canada to Mexico.”

Although the move is a significant transition from her recent work as a grant administrator for the Gates Family Foundation, a Denver philanthropy, Conover has undertaken major projects throughout her career to improve communities and the environment. After completing a dual master’s at Yale in Environmental Studies and Public/Private Management in 1994, she was one of four primary authors of the Stapleton Redevelopment Plan, a vision to redevelop the 4,700-acre former Stapleton International Airport into a model sustainable community. Working for John Hickenlooper when he was mayor of her hometown of Denver, she developed and launched his Greenprint Denver initiative in 2005, which was one of the first and largest urban sustainability programs. She also worked with Salazar on the multi-city master plan for the restoration of the South Platte River. And she found time to author and edit a collection of essays, How the West Was Warmed: Responding to Climate Change in the Rockies, published in 2009.

“The Salazar Center represents an opportunity to apply lessons learned through the course of my career in conservation and community development on a continental scale,” Conover says. She traces her career path back to Brown’s Urban Environmental Laboratory: “That was where I found others interested in a combination of science, policy, practice, and ‘the art of the possible.’” She credits her environmental studies professor and mentor, Harold Ward, with showing her “how to get things done inter-disciplinarily.” And her time at Brown still resonates in other ways: She stays in touch with schoolmates, and spent a month living with married couple Jacob Olander ’87 and Marta Echavarria ’87 in Quito, Ecuador, and working for their companies EcoDecisión and Canopy Bridge.

Conover’s undergraduate studies led to her particular focus on combining environmental work with community development. “I don’t believe that you can do one well without the other,” she says. “Humans are products of their habitats, like all species. So I’ve spent my career trying to help people understand that.”