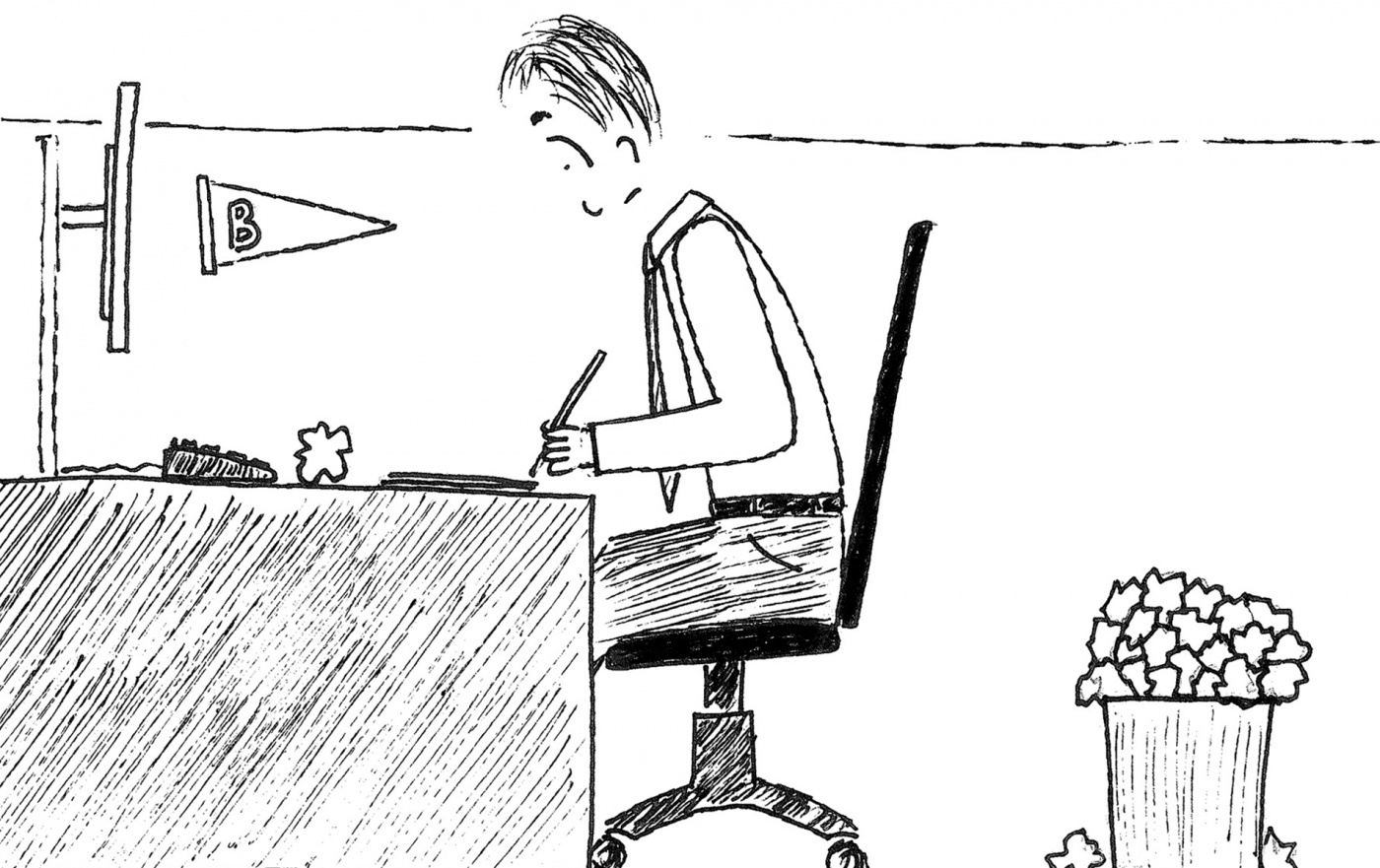 As a boy in Portland, Oregon, Andrew Sheets ’04 loved comics like Calvin and Hobbes and The Far Side. He was a huge fan, too, of editorial cartoons in The Oregonian. So, as a freshman, he tried his hand as a cartoonist for the Brown Daily Herald. “You don’t have to be the world’s best artist,” he says. “Hopefully if you have a kernel of an idea, it can work.”

Sheets sketched for the Herald throughout his undergraduate years, covering campus news as well as sobering events like 9/11 and the wars in Afghanistan and Iraq. Along with a degree in applied mathematics and economics, the endeavor caught the attention of interviewers at Morgan Stanley as Sheets pursued a position as a corporate bond analyst. “I listed various extracurricular activities on my resumé, but from the beginning, this was the only thing anyone wanted to talk about,” he laughs.

His first boss saw value in livening up research with cartoons instead of charts. It stuck: Now a London-based managing director and the head of cross-asset strategy for Morgan Stanley, he’s responsible for identifying global opportunities and risk for large institutions—and once a month, he’ll slip a comic into reports that go to investors all over the world. In one 2017 cartoon, a worried dad tries to convince his kids to abandon homework and shop at the mall, highlighting investor concern about loss of foot traffic at brick-and-mortar retailers. Others encompass the U.S. Federal Reserve, hedge funds, and mortgage-backed securities. “What I really like about cartoons as a medium is that, if done well, they can encapsulate a very complex idea and convey it quickly and persuasively,” he says.

The challenge of summing up a complicated economic thought in one catchy visual sometimes helps Sheets with his job. “If I’m writing a report and can’t distill it down into a picture, that can be a warning sign that maybe I don’t understand this topic as well as I should,” he says. And in a high-pressure industry, “it’s a way of trying to bring some perspective and keep one’s sense of humor,” he says, “even when things are stressful or strained.”

Reader Responses to The Cartoonist