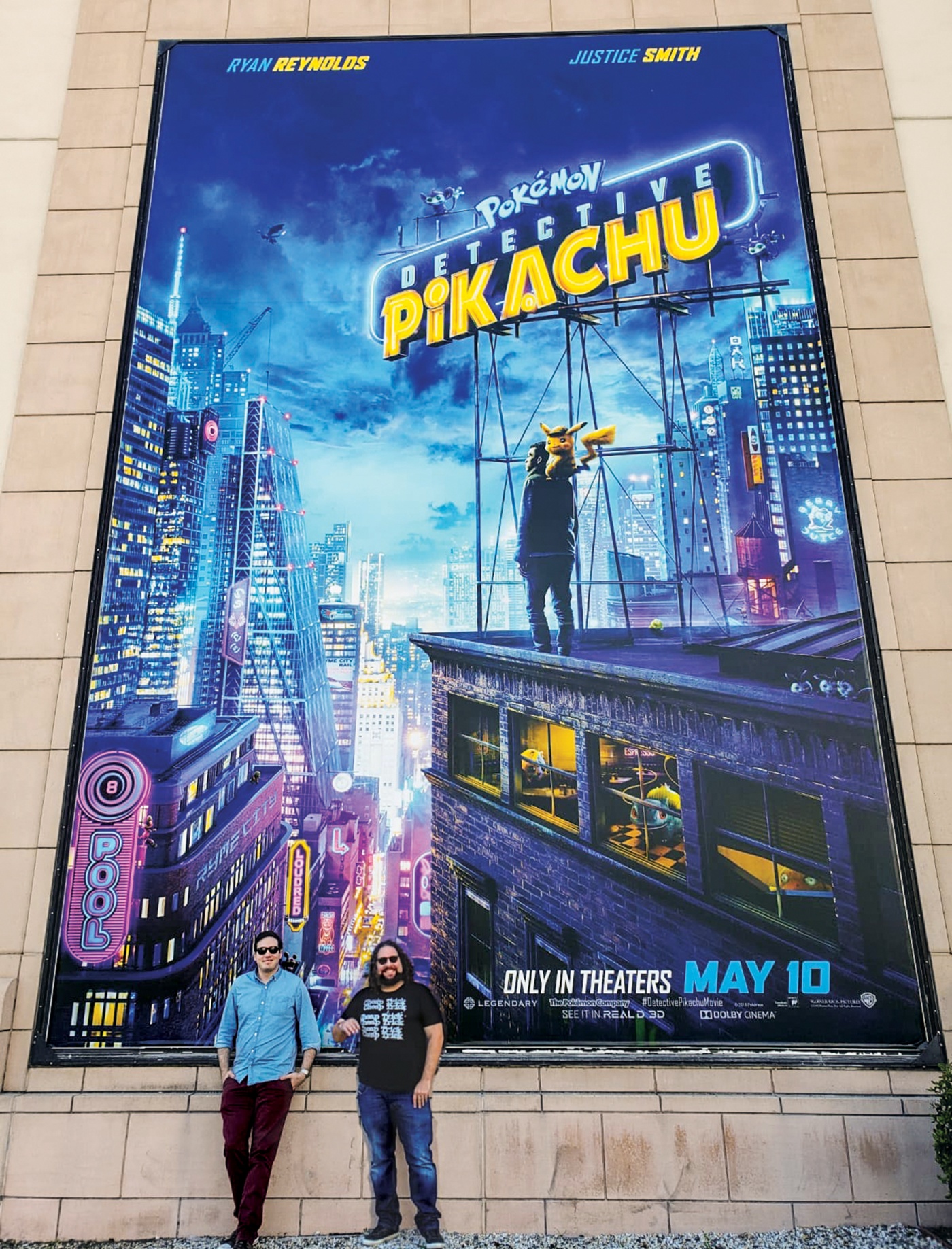 Dan Hernandez ’06 and Benji Samit ’06 co-wrote the screenplay of the new movie Pokémon: Detective Pikachu, which opens in theaters on May 10. Ryan Reynolds stars as the voice of the title character, and the film also features veteran actors Bill Nighy and Ken Watanabe. When a detective mysteriously disappears, his son and a talking Detective Pikachu search for clues in Ryme City, where humans and Pokémon co-exist. This is the first time there’s been a live-action film set in a Pokémon movie, and pre-release buzz is that Hernandez (right) and Samit (left) could have a hit on their hands. Since graduating, they’ve written for television and movies including the shows 1600 Penn, Super Fun Night, and The Tick. Most recently, the L.A.-based pair spent three years on the reboot of One Day at a Time, working with Norman Lear as co-executive producers. They met junior year at Brown doing a show at Production Workshop, Hernandez says, then were “partnered up” senior year in Professor Lowry Marshall’s solo performance class, and have been writing partners ever since.