Political Player
Can Republicans reclaim the House in 2020? 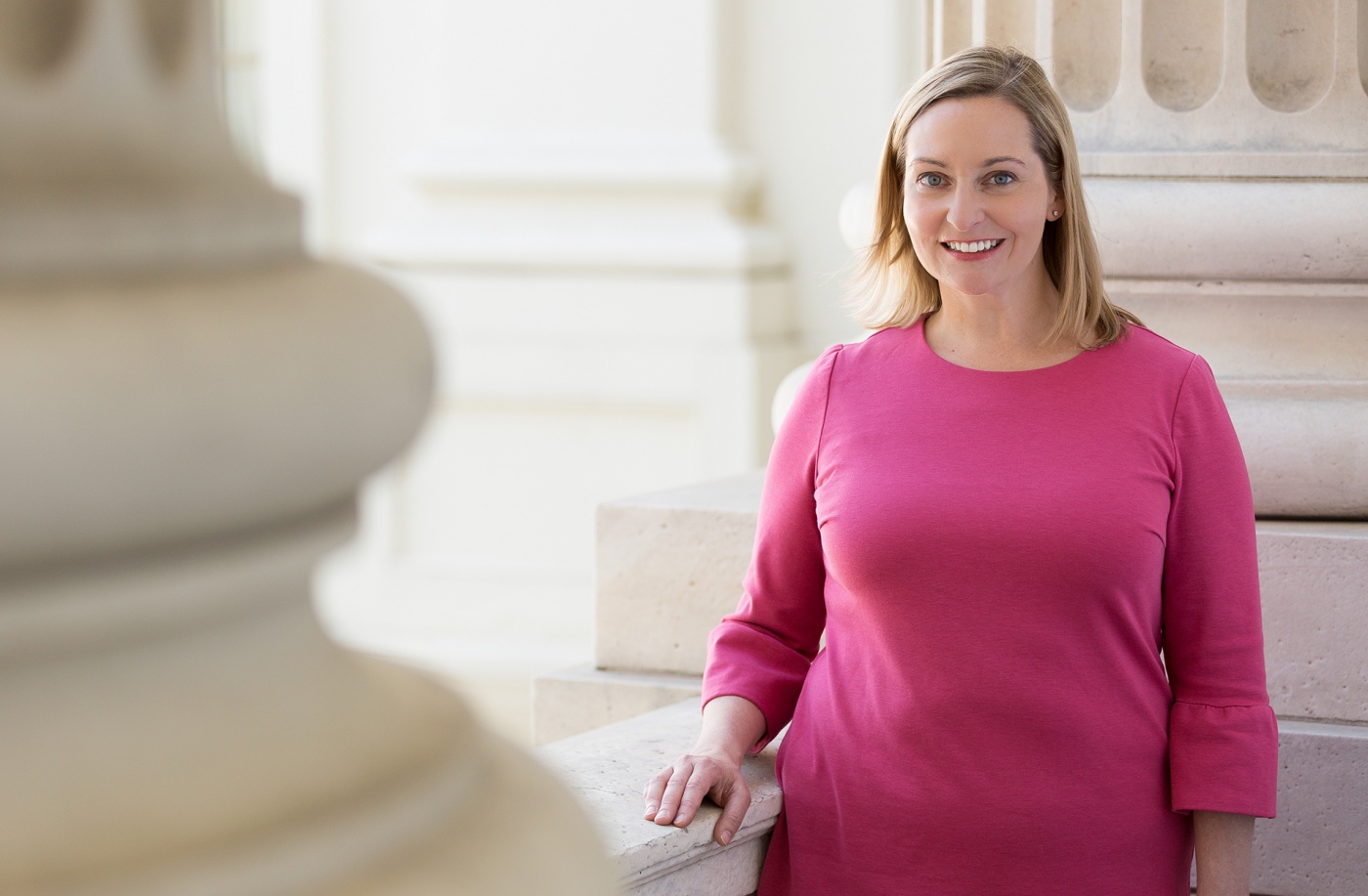 The conversations usually went down the same way, remembers Parker Hamilton Poling ’99, whenever she met new people during her four years at Brown.

“I’d say, ‘I’m Parker,’” she recalls, noting that she had a fairly uncommon name. “They’d say, ‘So you’re the Republican!’ A lot of these people came from places where they didn’t even know any Republicans.”

Twenty years later, Poling is still a Republican. She’s no longer the Republican in her GOP-heavy adopted hometown of Washington, D.C., but a rising political power player in her new role as executive director of the National Republican Congressional Committee, or NRCC, tasked with the uphill battle of reversing her party’s poor performance in 2018 U.S. House races.

Poling is used to swimming against the tide. A native of Saratoga Springs, N.Y., she’s a self-described contrarian who declared herself a Republican after her verbal jousting with a progressive high school American history teacher in a class on the New Deal. At Brown, as one of a handful of campus Republicans, she volunteered for the doomed 1998 campaign of the Ocean State’s appointed GOP lieutenant governor, Bernard Jackvony, getting a crash course in how to work a campaign. The experience propelled her to become executive director of the College Republican National Committee, where she not only made valuable connections but earned a post-graduation stint working in the George W. Bush White House communications shop. Her boss was Nicole Wallace, now an MSNBC host.

Poling nearly made a great escape from politics—earning her law degree from George Washington University in 2007—but it was one of her College Republican National Committee friends, Patrick McHenry, just elected a congressman from North Carolina, who pulled her back in by enticing her to work as his chief of staff. McHenry climbed the ladder on Capitol Hill and Poling rose with him, becoming a behind-the-scenes powerbroker after McHenry was named chief deputy whip.

“I try to explain to people that it’s like playing a sport,” said Poling of what she describes as the adrenaline rush of whipping up votes in a close tally. Of course, that wouldn’t have been as much fun with the GOP again a minority party in 2019, which might explain the allure of her new job helping Republicans regain power.

Some might see Poling’s mission at the NRCC—which identifies the key House races every cycle and lavishes them with attention and campaign cash—as simply damage control after suburban-district disapproval of Donald Trump’s presidency helped Democrats gain 40 seats in 2018. But the political strategist notes the GOP can reclaim the House in 2020 by winning just 18 of the 31 seats held by Democrats in districts Trump won in 2016. She thinks looming rifts within the liberal coalition will help.

“The Democratic majority has a challenge on its hands,” Poling said. “This time, they were running against Trump. Next time, they will have to show they are for something.”

I was disappointed by the profile of Parker Poling ’99 in the May/June BAM. There was not one word about Poling’s values or why she still considers herself a Republican. How does Poling feel about the fact that the Republican Party is now the Party of Trump? Is she just fine with the corruption, the incompetence, the misogyny, and the shameless mendacity of this president?

The writer quotes her hope that the GOP takes back the House in 2020, but how? Suppressing votes through gerrymandering, voter purges, voter ID laws and the like, deliberately targeting minorities, students and young people, has been the chief Republican strategy since 2010. This profile celebrates Poling’s rise as a “power player” without concern about the game she’s playing.

It was particularly poignant to read the obituary of Maryori Conde ’19, who in her too-short life worked to protect the vulnerable immigrants Trump viciously scapegoats and terrorizes. It’s a shame to see a puff piece about someone like Poling in the same BAM.

I found it interesting that the story “Political Player” (Beyond the Gates, May/June 2019) said Parker Hamilton Poling ’99 lived in “her GOP-heavy adopted hometown of Washington, D.C.” The Washington Post and other sources note roughly 6.1 percent of District voters are registered Republicans. “GOP-heavy” compared to where? Brown?