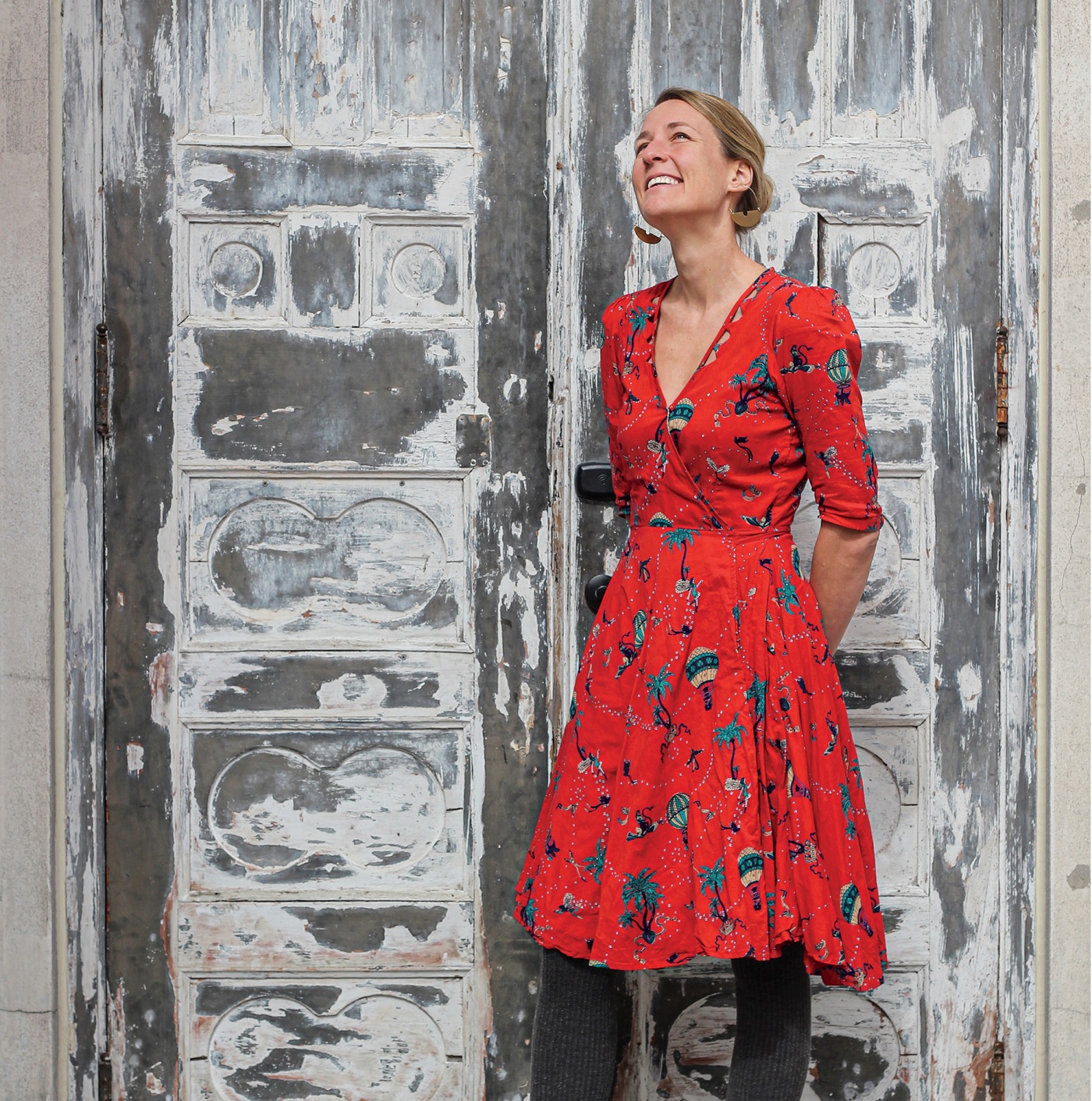 Such a vagabond existence might not sound like preparation to flip a decommissioned Catholic church and school in a jealously guarded historic neighborhood into an of-the-moment hotel. But Jordi says all of those experiences helped ready her for her newest role, which she jokingly refers to as “mother superior” of the Hotel Peter & Paul, a four-building complex that stretches the length of a city block yet blends right in to the largely residential Faubourg Marigny just outside the French Quarter.

That, she says, was the idea. The target market is people who want something other than a corporate, downtown chain— a home-away-from-home with a keen sense of place. If Jordi’s background writing about and working in tourism taught her about the business, her journalism and research chops are also on display in the quirky custom guidebook in each room, in web-based features on the school, which closed in 1993, and in the restoration itself.

The former schoolhouse and the convent that once housed the Marianite nuns who taught there now contain 71 guest rooms, all decorated with furnishings by local craftspeople and antiques collected in Europe. The stage in the school’s original auditorium remains. The soaring sanctuary, which dates back to 1860, is a community space that hosts yoga and dance classes. There’s a craft bar in the old rectory, framed by a Mardi Gras float builder’s take on the city’s majestic live oaks that also echoes arches in the complex’s preserved architecture, and there’s an ice cream parlor, Sundae Best, in the convent.

Jordi, who lives in the neighborhood with her husband and two young sons, explored various nearby sites before settling on the Peter & Paul property. Her partner in the project is ASH NYC, which also developed The Dean in Providence. The Marigny has been a center of resistance to the spread of short-term rentals, a controversy that she believes has actually helped her win approvals; after all, the hotel puts a vacant property back into use, generates tax dollars, and offers all-important off-street parking.
It opened last fall and has generated strong publicity, making the New York Times’s travel section and Travel + Leisure’s “It List” of 2019. In mid-July, TripAdvisor users ranked it 6th out of 171 New Orleans hotels.

Jordi, a Miami native and gender studies concentrator, says she relied on journalistic practices of “going down every rabbit hole” and her experience guiding high-end European tourists as she set out to create a memorable environment: They “helped me understand what makes a hotel special.”

Reader Responses to The New Nunnery