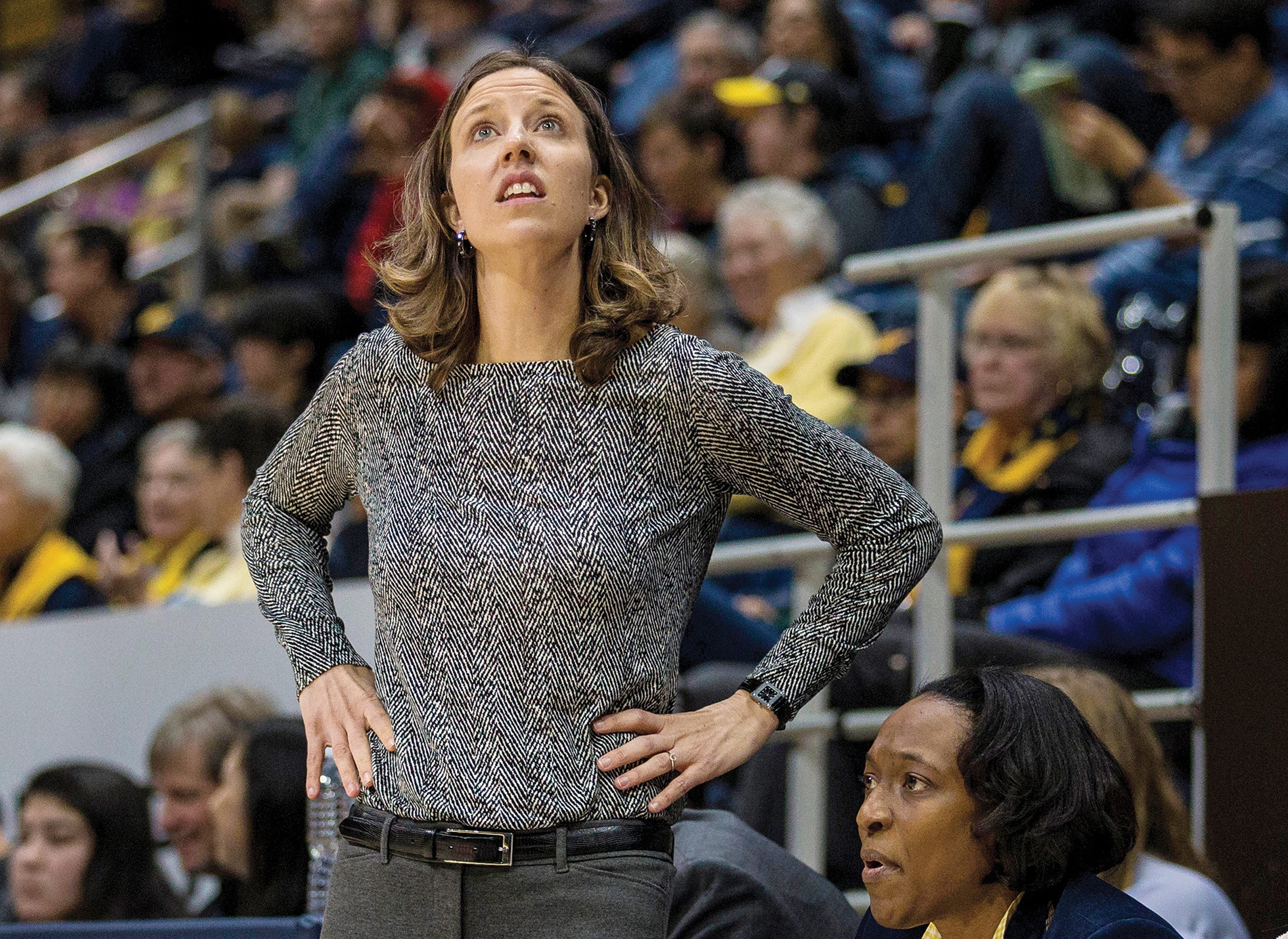 Lindsay Gottlieb ’99 coached the women’s basketball team at the University of California, Berkeley, for eight years; if you’d asked her last spring, she was planning to coach the Golden Bears for many more.

But a lot can change in just a few months. On June 12, the Cleveland Cavaliers announced that Gottlieb would be joining the team as an assistant coach, making her the first NCAA women’s head coach ever to be hired by the NBA. “It was this crazy leap,” she says. “I wasn’t hunting for anything else. I was always interested in the NBA, but I didn’t think anything was imminent.”

It marks the latest high point in Gottlieb’s 20-year coaching career—a career shaped by her response to a personal low point. As a high school senior, she tore her ACL and suddenly found herself stuck on the sidelines. “I was always a cerebral player, but that was the first time I consciously tried to look at the game a different way,” she recalls.

When she returned to the court as a member of the Brown women’s basketball team, she began to pepper the assistant coaches with questions: What do you do, exactly? What does your job entail? But it wasn’t until she studied abroad in Australia—a trip prompted by her mother’s death during her sophomore year—that things finally clicked into place.

“I loved basketball, and I loved the Xs and Os of it,” she says. “But even more profoundly, I was thinking about the impact you can have on human beings who are 18 to 22, helping them figure out how to be exceptional, how to formulate teams.” So when she returned to Brown for her senior year, Gottlieb spent winter break sending letters to every Division One head coach in women’s college basketball. She got replies from the likes of Stanford’s Tara VanDerveer and Tennessee’s Pat Summitt, but it wasn’t until the day after graduation that she was offered the job of assistant coach at Syracuse. After stints at New Hampshire, Richmond, UC Berkeley, and the UC Santa Barbara, she returned to UC Berkeley in 2011 as head coach. Over the following eight seasons, her team made seven NCAA tournament appearances—including, in 2013, their first Final Four.

In her new role with the Cavs, Gottlieb is one of eight women coaching in the NBA. “Being a female is a really big deal to the people outside of our immediate Cavs family and organization,” she says. “But inside the facility, they just treat me like part of the staff and someone who can add value.”

“It sounds a little bit clichéd,” she continues, “but the game doesn’t care if I’m female or male or if I’m tall or short. It’s about figuring out ways to help talented people achieve their goals. It’s about helping a team figure out how to be better than the sum of its individual parts.”