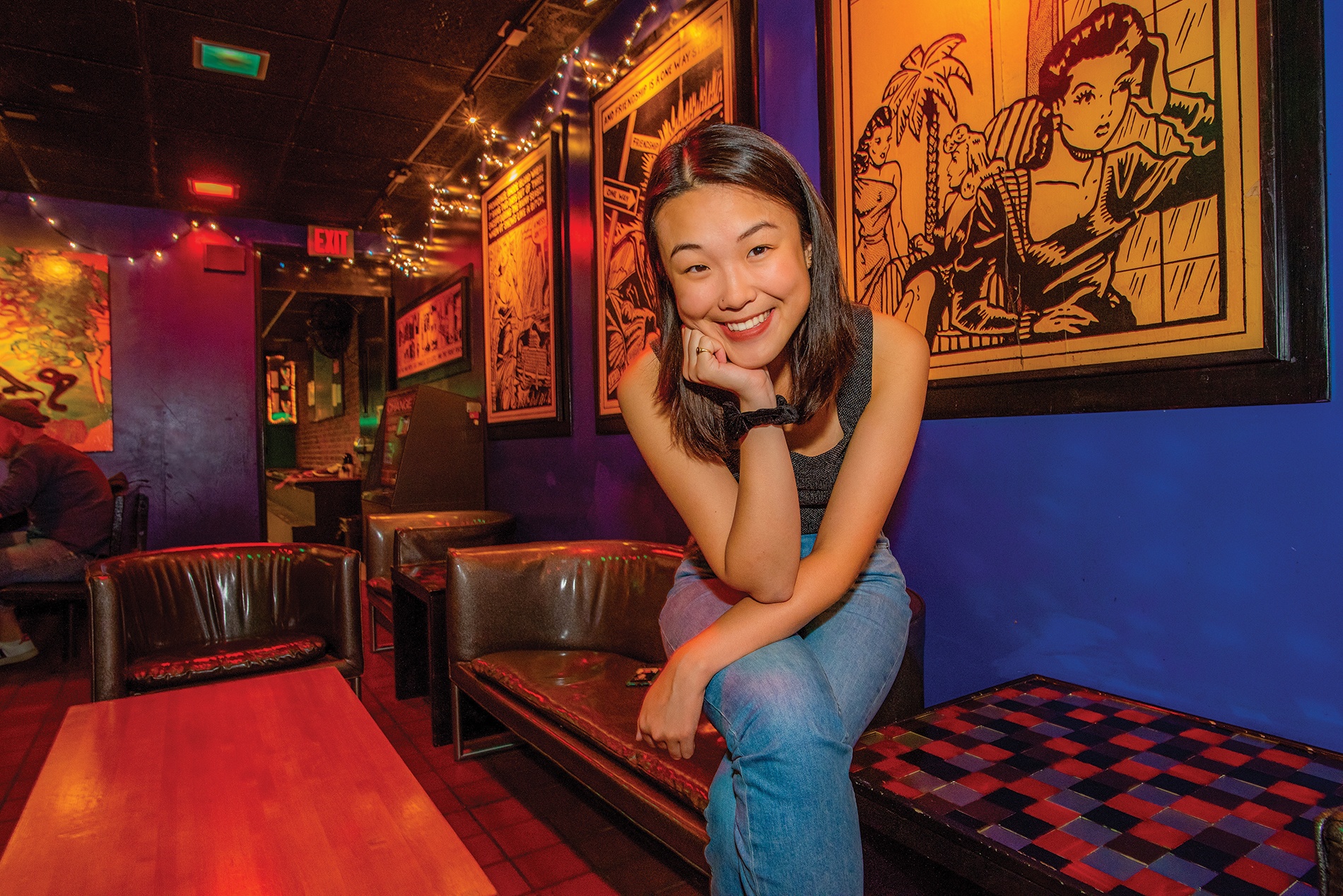 The GCB was always kind of this myth to me. “Does this actually exist? Is it that close to campus? And where would it be in the Grad Center?” People always talk about the GCB, and I’d always hear my upperclassmen friends talk about going there when I was young—as in, a freshman. So when I first turned 21, I felt like it was just kind of the hype thing to do. I went maybe three times a week. I lived in New Dorm, so it was right across the street. It was just so easy that it kind of turned into a habit.

I became closer with a lot of people I wouldn’t have expected to by going to the GCB. There was this guy I would see in Applied Math classes. But, since I switched out of Applied Math, I never really saw him around anymore. One day I was at the GCB with some of my other friends and he just comes up to us and he’s like, “Hey, Yutong! It’s my 21st birthday!” But then all his friends that he came with left, so we invited him to join our table, and we all got birthday drinks with him and took photos with him.

The GCB has a very homey air. The lighting is pretty dim, so it makes it feel more intimate. They have a lot of different vintage light-up designs hanging on the wall, which makes it feel very old-fashioned and hip. There’s always a crowd there, a warm crowd, which makes me feel pretty at home.

Any night of the week, really, if you have nothing to do and just want to kick back for a little bit, it gives you a venue to go to rather than just staying in your dorm. So it feels like a night out, even though you’re not even leaving campus. And I feel like there are always people who are down to go—whenever. They have games there and the drinks are very cheap.

Usually, if I’m at the GCB chilling, I’ll get a pitcher of cider with a few friends and sit at a booth. If it’s a night out, we’re more experimental with the types of drinks that we order. Like, I really like the lemon drop shot and the razzmatazz—those are really good.

I actually never got the membership at the GCB last semester because when I first turned 21, I thought it was unimaginable that I would go there eight times before the end of the school year. I was very wrong. But by the time I realized, it was too late.

I went to other places last summer, like fancy rooftop bars in New York that have a nice, sleek vibe. But the GCB has a certain charm, because you don’t really have to get ready, plan your night, or do anything like that. You just drop in and it’s always a good time.

Yutong Liu’s ’20 homage to the GCB brought back a lot of memories of the relaxed evenings that I spent playing pinball and sharing pitchers of Miller beer with my engineering buddies throughout my senior year (“Hitting the Grad Center Bar,” Current Obsession, November/December 2019).  It was nice to see that after 40 years students are still chilling at the GCB in the evenings after studying. I was also pleasantly surprised to see the 1978 MAD Peck Studios prints hanging on the wall. A single page version of the four posters has been hanging in my office or home since I graduated.  I know that a good number of my classmates also have the poster in their homes. Another of the small things that connects the Brown community over generations.  “Rich folks live on Power Street, but most of us live off Hope.”