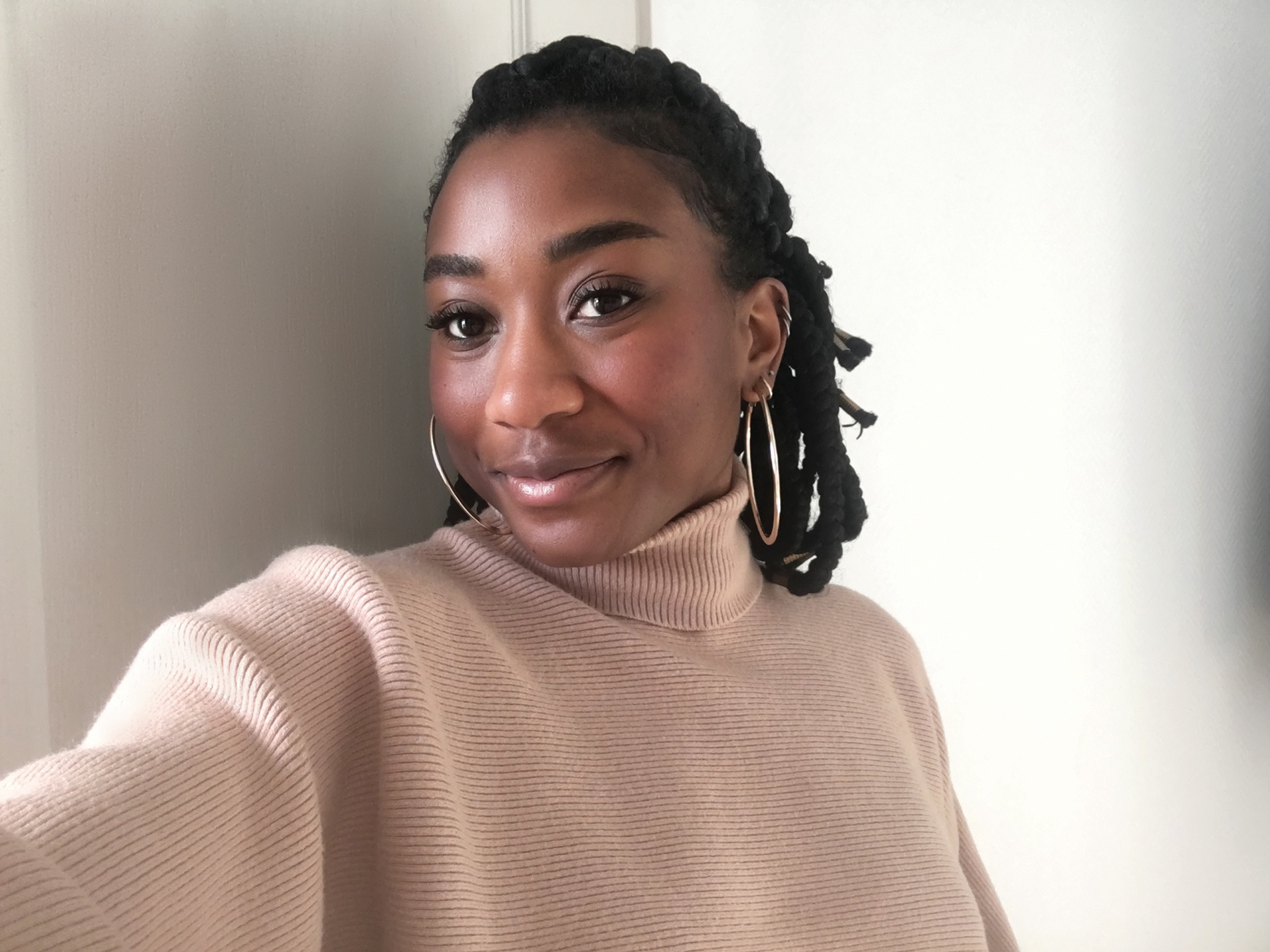 The BAM profiled Hughes as an exceptional graduating student in “Who We Are,” May/June 2019. Photo: Makedah Hughes
First Person

A Jamaican American in Paris
Six Questions for Makedah Hughes ’19

Back when Paris was still chilly and grey, the wooden tables and golden lighting of the café Le Plomb du Cantal set a cozy background for my conversation with Makedah Hughes ’19. Now the streets are verdant and sunny, and the city is testing out its first few weeks of deconfinement following strict efforts to lim-it the spread of COVID-19. The usual gaggle of shoppers and park goers is punctuated, however, by dozens of anti-racism protests organized across France in response to the murder of George Floyd and other victims of police brutality.

Hughes, a comparative literature and French double concentrator, just finished her year teaching in the Parisian suburb of Argenteuil as a Fulbright Fellow, with plans to pursue a masters in francophone literature or translation studies in the year ahead. Still living in Paris despite the pandemic, she has attended demonstrations in Paris and continues to advocate for racial justice in the U.S. via social media. Over coffee and an afternoon omelette (that now truly seem worlds away), Hughes chats about her experience abroad, Blackness in France, and how Brown has influenced both her present and her prospects for the future.

At Brown, I was really focused on Black francophone writers and directors and how Black identity is expressed in francophone forms of creation, be that poetry or prose or in film and documentaries. I think it’s a really interesting question because here in France, they’ve eradicated the word race from the Constitution. It makes no sense; there’s obviously race and racism here. You can see it in the way they treat the Arab people and Black people here. In this case I’m speaking specifically about francophone African people and people from the French Caribbean. So to say that there’s no race here is just so hypocritical. But at the same time, there are obviously Black folks here experiencing Blackness in their own way, experiencing racism and colorism and all of those other things. I began to wonder, how are they subverting this universalist idea of Frenchness which is pretty closely tied to whiteness through their literature and their writing? I wanted to study that here.

I move differently here, my American identity gives me certain privileges that I would not have if I were coming from somewhere else ... even my accent is considered charmant.

How do you think being Black is different in France?

It’s interesting because the French government doesn’t like community—they think it’s a way of separating or segregating the populace and it’s the complete opposite of how we think of community in the U.S. The Black community is a thing there [in the U.S.] and here it’s not, really. But it’s starting, which is really cool. And it’s starting with our generation. There’s this real pride in being… maybe not Black, but being Afro-European or Afro-French or being proud of your origins and where you come from and not trying to erase that because you want to assimilate to Frenchness. There’s a lot of pro-Afro-French groups emerging, like there’s this one group called Trente nuances de noir—30 Shades of Black. It’s an Afro-feminist brass band, which is dope. I know someone who’s been playing in it for a couple years and it’s a bunch of Black women and Black femmes that come to Barbès-Rochechouart and they play in the streets. Among the younger generations it’s become a social engagement sort of thing: through dance, through performance, and there’s folks writing about it, too. It comes through all different shapes and forms.

Has being in Paris affected your own experience of race?

I’m Black American and Black Jamaican but in France, because I speak with an American accent and because I was born and raised in the United States, people see me as Black American here and that is a very different experience. I move differently here, my American identity gives me certain privileges that I would not have if I were coming from somewhere else, even my accent is considered charmant [charming]. The way that white people see you once they find out that you’re American is different than how they look at folks that are coming from West Africa, for example. I did an interview with this professor, Maboula Soumahoro, for my thesis and one of the things she said is that African immigrants are seen as lower than Black Americans. Black Americans are seen as the most evolved form of the Black person, which is terrible. I think especially the progressive white people here are really fascinated by Black American culture and the way it has evolved in the U.S. and I think they see that as something really special. They see Americans as stylé [stylish or cool] so they distinguish them. Ta-Nehisi Coates came to Paris and did a talk on Black French identity and he’s not even French. He was talking about how he doesn’t experience racism in France and I’m like, “it’s because people are fascinated by the fact that you’re American, you’re Black American.” There’s privileges that come with that. But if you’re coming from like the Congo, Mali, Senegal, you have none of that.

When did you first begin to notice the difference?

I think it was during my time at Brown that I really started realizing it and then once I came here of course. It took me halfway through my study abroad semester to realize that because race is such a taboo topic, it can’t exist in the same way here. In terms of French politics about race and about colonialism and neocolonialism, because it didn’t happen on the territory, they can sort of separate themselves from their own dirty deeds, which is why it’s taken them so long to acknowledge their place in the slave trade. There’s also this tendency here to associate all problems with race to the United States as if it doesn’t exist in France and it’s so frustrating. People say, “At least it’s not like the U.S.” or “Oh, that’s a U.S. thing.” And it’s not. Here, it’s not like Black and North African people aren’t going through the same struggles, it’s just that it’s not talked about, so they can just sort of scapegoat the U.S. Even noir is not frequently used here. They use the English word black, which is linguistically taking Blackness out of the French language, because they won’t even say the word black in their own language.

Any other big takeaways from your time at Brown?

I’ve been talking to a lot of recent Brown grads about this because we feel like we’ve been indoctrinated into this culture of productivity and efficiency and success that is pretty predominant in the United States but especially at institutions like Brown, and so it affects the way that I work here and the way that I approach my tasks, lesson plans, everything. I want things to be just right and I spend a lot of time and effort on things when there’s not even the expectation that I do that here. Nobody’s asking me to, but I have this expectation for myself. And so on the other hand, if I’m not working, I feel like I’m not being productive and it makes me feel kind of crappy. Which is kind of sad, but I never realized how much that was affecting me and impacting my brain until my senior year at Brown. A friend of mine told me, “Your work is not your worth,” and I was like “Oh my God.” I had been valuing myself based on how much work I did and so now I’m actively, gradually, trying to unlearn that. And then at Brown I was also a Mellon Mays Fellow, and the expectation is that you will go on to get a PhD and you’ll be one of the few people of color in academia right now in the United States. And so that was a huge part of my goal to get a master’s degree from France so that I would have an education that I learned in French and from the French system, and then be able to apply that knowledge to programs in the United States that are focused on French cultural studies.

Your words of wisdom for students or alums living abroad?

Reader Responses to A Jamaican American in Paris